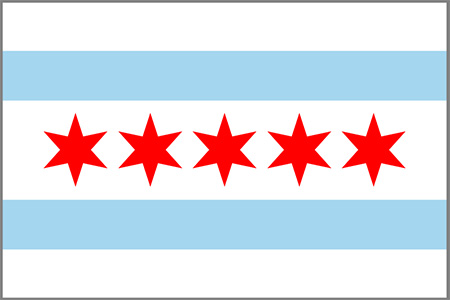 Welcome, friends, to the first hoopyball open thread of the year.  Technically, Iowa tipped off its season last Sunday with a 20-point over Northwest Missouri State, but that was just exhibition ballin', NOW IT COUNTS (TM and (C) Bud Selig).  Our glorious opponent at 7pm CT is... Chicago State?  What?  That's just ridiculous, Chicago's not a stat--HOLY SHIT, DID I GO TO SLEEP LAST NIGHT AND WAKE UP IN A GODFORSAKEN POST-APOCALYPTIC LANDSCAPE WHERE TRADITIONAL BORDERS AND ASSOCIATIONS HAVE DISSOLVED AND ALL THAT'S LEFT IS RAGTAG BAND OF FEUDING CITY-STATES AND THIS IS NOT ACTUALLY A BASKETBALL GAME, BUT A LIFE-OR-DEATH FIGHT FOR SURVIVAL AGAINST A BAND OF LEATHER-CLAD THUGS AND RAIDERS HELLBENT ON STRIPPING IOWA CITY OF ITS PRECIOUS RESOURCES?!  BECAUSE, GODDAMN, THAT WOULD SUCK.

Wait, no, it turns out Chicago State is just a weirdly named college basketball team that is really, really, really bad.  How bad?  Like 345th in the country bad, per KenPom.  (That's out of, um, 345 teams.)  For comparison's sake, Iowa played SIU-Edwardsville (342nd best team in the land last year, per KenPom!) last year... and beat them 111-50.  Mind you, that was last year's Iowa team doing that level of ass-beating, too.  We think this year's team is better.  Which doesn't mean that Iowa is going to win this year by, like, 140-12 or something, just that this could (and probably should) be very ugly.  For fans of Chicago State (the mighty Cougars!) or competitive basketball games, anyway.  For fans of Iowa basketball (like us!), it could be quite fun.

Despite being played on Mediacom Court, the game is not actually available on Mediacom.  Nor is it on DirecTV or Dish Network or any television provider.  The only video footage comes courtesy these here interwebs at video.btn.com.  The good news is, in terms of internet streams, the quality is really quite good.  The bad news is that it's not free.  If you'd like to let your imagination do the work, you just can tune your ears to the Hawkeye Radio Network and listen to the game.  I am a subscriber to the Big Ten Digital Network, so I'll try to provide some updates.  Incidentally, if you do want to watch a basketball game this evening but don't want to pony up for BTDN and watch Iowa, Michigan State is playing North Carolina on ESPN on an aircraft carrier, which is like the bossest thing ever.