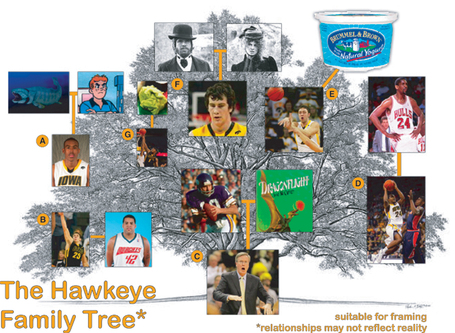 You may have seen a few Hawkeye basketball games this year, but how well do you really know the players as people?  In preparation for the Hawks game Sunday against Purdue, here are some interesting family connections* you may not have heard about.

* These family connections may not be completely accurate and should not be used for genealogical purposes.  If you want some accurate tidbits, I'm pretty sure Matt Gatens is related to Mike Gatens somehow, and that Devyn Marble is the son of some '80s Hawkeye star... Ed Horton maybe?