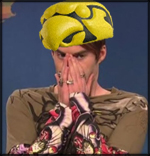 If you are an Iowa alumnus or fan coming back to Iowa City for a sporting event, it can be disorienting to find that many of your old favorite bars and restaurants have closed or changed names.  BHGP has brought in Niko, cousin of Saturday Night Live’s New York culture critic Stefon, to help reacquaint you with the Iowa bar scene.

If you like Hawkeye sports, and leather, there is no better place to start than B.J. Palmstrong’s, on Gilbert.  Club Owner Trans-McCaffery will get you ready for game time with drinks, dancing and verbal abuse.  This club has everything: Perentzes1, jail-gating2, Barry Garta3, and all the free corn syrup you can drink.

KOK-eyed has been in IC forever, but club owner Kelly O’Karlos still knows how to put on a show.  This club has everything: human burrito lifts4, young Herkey vs. old Herkey knife fights, Les Jepsen elbowing things and Artur Wojdat on the wheels of steel.  Also on Gilbert. 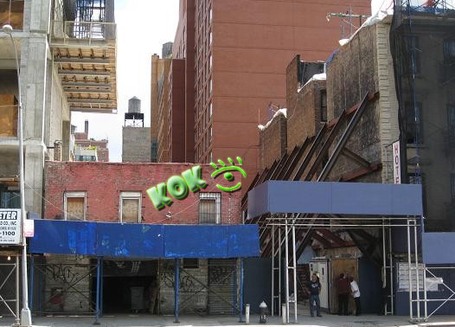 If you like unpleasant surprises, you'll love Stanziballs, also on Gilbert.  Club owner Sticky Ranzi will ply you with free drinks, show you a good time, then, when you least expect it, club you over the head with a field hockey stick, call you a communist and throw you in the alley. 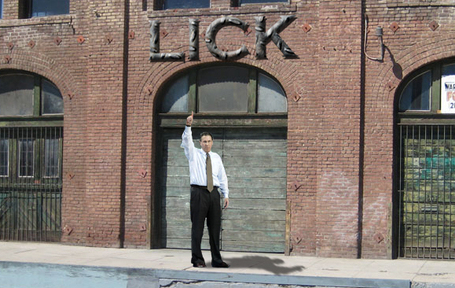 After a few changes of ownership, Gabe’s Ho-asis is back and better than ever. Club owner Ab-norm Parker has thought of everything: Sri Masons7, Templeton Pies8, Bluderwürsten9, and Reggie Evans punching people in the groin. 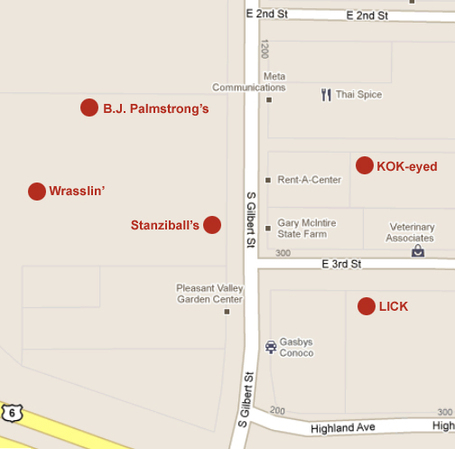 Last but not least, if you like kinky, and I mean really kinky, look no further than Wrasslin’.  Club owner Dan Gable provides a cozy atmosphere, good Iowa fare, and twenty screens of nothing but collegiate wrestling.  Also on Gilbert.

[Author's note: this whole article is a blatant rip-off/tribute to the brilliant SNL skits by Bill Hader.  Please check them out and, if you're into the whole Twitter thing, @snlStefon is pretty funny]