Last week Wes Bunting, Director of College Scouting for The National Football Post used the Twitter to voice his opinion on Karl Klug at the Shrine Game:

It shouldn't come as much of a surprise that he mentioned Klug's lack of a position at the next level.  He also mentioned that he's not "sudden," which seems more like a way in which one acquires a disease to me, but it's a word Bunting loves to use.

I was a little surprised at the short arms comment, though.  Mostly because the picture I have of him in my head is that of a Japanese terrormonster with the reach of Elton Brand.  Having said that, I'm always wrong.  So I looked back at some photos of The Incredible Gulk from this year to confirm, and holy shit was I ever wrong.... 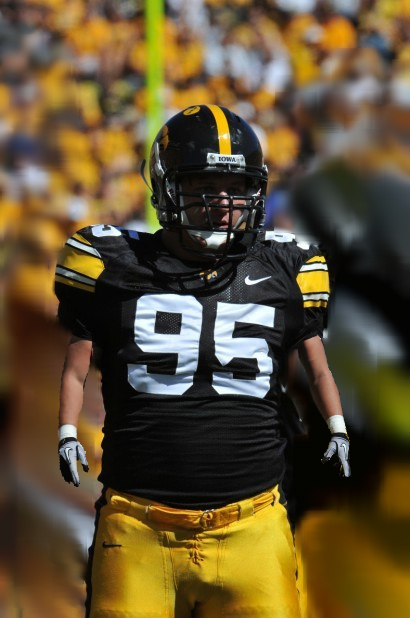 " Oh great. My balls itch.  I'll guess I'll just have to rub them on Arnuad's facemask on this next play." 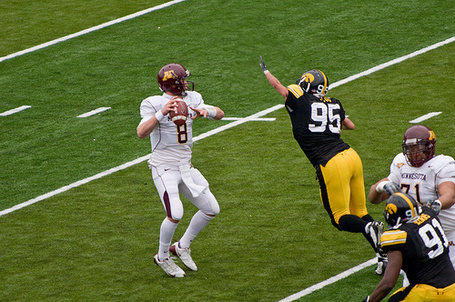 Despite having plenty of room to throw the ball, Adam Weber still managed to hit Klug's tiny hand on this play.

Bunting went on to post several more tweets obsessing about the size of Klug's arms*:

Come on Wes, what's there to be afraid of? 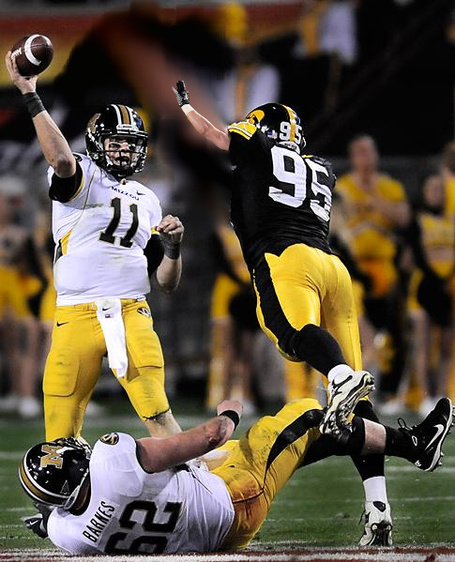 Anyway, here's to hoping that The Knight of Caledonia** is able to overcome his baby-sized arms and find a place on an NFL roster.  Bulaga apparently had short little arms too, and things seemed to work out fine for him.

And in the end, I don't care what his measurements say.  He'll always look like this in my mind: 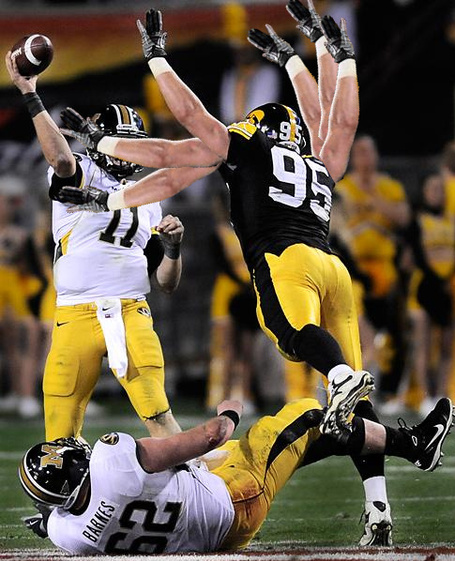 ** I'm really disappointed that I didn't get to use that nickname until just now.