Share All sharing options for: Other ill-advised weightlifting programs in Iowa history

You no doubt have read about the Iowa football team's recent misadventures in weightlifting, but it turns out that Iowa's strength and conditioning coaches have a history of creating routines that go well beyond what is considered healthy, safe, or logical.

#1: Daniel Murray ordered to hold up leaning tower of Pisa for entire 2010 off-season 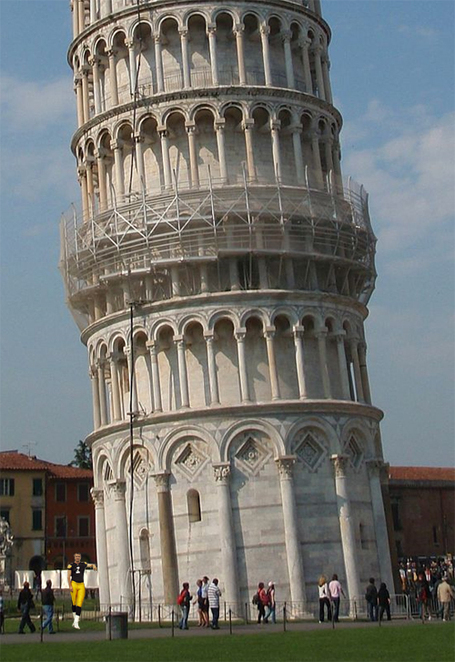 This routine, created as a joint project between Iowa strength coach Chris Doyle and Silvio Berlusconi, led to Murray severely injuring his left shoulder and missing most of the 2010 season. 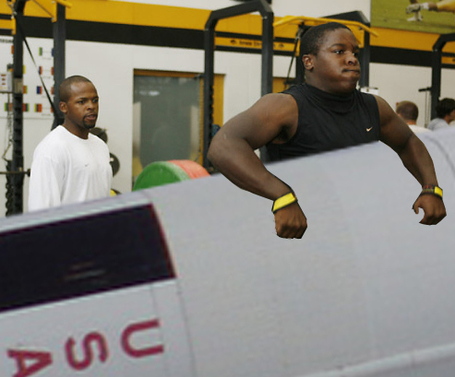 Davis strained his back lifting the 6,699,000 lb. rocket and suffered severe burns on his arms when the chemical boosters accidentally ignited.

#3: Bryan Bulaga made to roll giant boulder up hill for all eternity, fall 2009 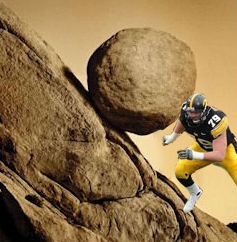 Bulaga was given this arduous task as punishment for being late to practice.  Don't worry about him, though -- he managed to trick Markus Zusevics into taking over the task by telling him: "Hold this for a minute while I go get some Slim Jims."  Bulaga is now safe and working in Green Bay, WI and Dallas, TX.

#4: Matt Kroul ordered to hold up planet earth on his mighty shoulders, 2008 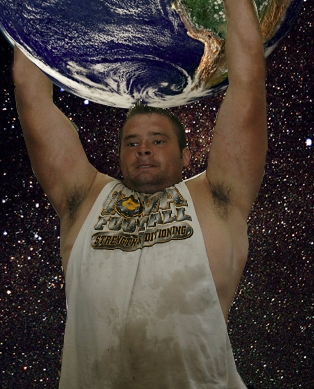 Kroul actually suffered no injuries performing this task and is still at it today, keeping everything safe for the rest of us. 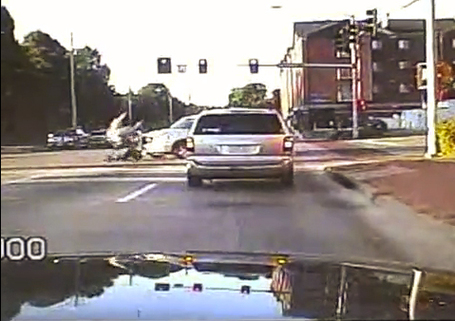