It's Not Plagiarism If You Link To It Packed a Cooler

Share All sharing options for: It's Not Plagiarism If You Link To It Packed a Cooler 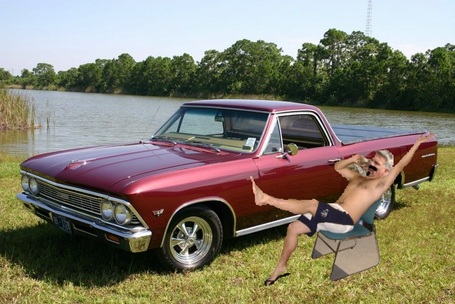 Let's Get This Party Started with Some Good-Natured Quote Avoidance.  Finally, after an offseason devoid of newsworthy activity unrelated to recruiting or disciplinary action, the Big Ten football season unofficially starts today with the annual conference meetings, media day, and Kickoff Luncheon.  All eleven head coaches and commissioner Jim Delany are set to speak with the assembled media today.  Ferentz will go on at approximately 1:45, immediately after Tim Brewster, and will spend 12 to 15 minutes answering questions with inside jokes known only to him and Forest Evashevski.  The main event?  Delany speaks at 2:30, and what with Tom Osborne in attendance, he'll be asked about divisional alignment approximately 146 times.  There will also be discussion of the nine-game schedule and, given the recent New York Post piece on continued Big Ten expansion into the NYC footprint, there will probably be a question or two on that front.  Barring a gaffe (or Bob getting through security and cornering his brother Ron), there will be virtually no news made.  Coverage is full-time on the Big Ten Network and bigtennetwork.com, and ESPNEWS will be checking in periodically.  And we'll be here and on Twitter all day should anything happen.

Yeah, About that Quarterback Thing... Inside word from summer workouts is that A.J. Derby, the only incoming freshman in the past two years pegged to play quarterback, has asked for a move to linebacker effective immediately.  The move is both surprising and explainable: Derby was recruited by Iowa as a quarterback, but classified as an "athlete" by the scouting services and was allegedly being recruited by Florida, Alabama, and many other top-notch programs as a tight end or safety/linebacker hybrid.  Rumor had it that Iowa's quarterback pitch was what won him over, and that he had no intention of playing anywhere else on the field.

With that said, the kid clearly wants to play early.  He went against his head coach's wishes and graduated high school in December so that he could enroll at Iowa and join the team for spring practice.  He went through spring at quarterback and, to nobody's surprise and certainly not to his detriment, looked "lost" when picking up the offense. If he was to play quarterback, he was fourth at best on the depth chart, with two sophomores in his way; unless he found a way to pass Vandenberg and Wienke, he wouldn't see the field until year four, and at 6'4", 225 lbs., we don't think he has any intention of redshirting.  On the other hand, every line on the depth chart at linebacker is occupied by an upperclassmen, and 4 of those 6 are seniors.  If you want to play in the next two years for Iowa, there's no better place to be.  It could leave Iowa woefully understaffed at quarterback in 2011, with only three scholarship signalcallers (and one of those a true freshman almost certain to redshirt), but our initial reaction is that it's a smart move for him and the team.

Caring Is Creepy: The Lord Giveth.  Iowa picked up its twelfth verbal commitment for the 2011 class late last week from Millard North (NE) linebacker Cole Fisher (3* Rivals, 2* Scout, 74/100 ESPN).  Fisher is an interesting prospect: His brother plays for Nebraska, and his father was a Husker walk-on in the early 1980's, but the family is close with Jeff Tarpinian and Iowa has had incredible success at Millard North, picking up Tarpinian, Seth Olsen, and Adam Shada from the school in the past decade.  Fisher, who is recovering from an ACL tear sustained during basketball season, had an offer on the table from Kansas and some interest (though not yet an offer) from Nebraska, but has said he would stay with Iowa regardless of what the Huskers eventually do.  His coach said Iowa has targeted Fisher as their #1 linebacker recruit this year, so clearly they see something.  He's only 6'3" and 190 lbs. right now, so there's going to be some time in the Chris Doyle Incubator before he sees some action.

Caring Is Creepy: The Long Taketh Away.  Fisher was Iowa's twelfth commit for about 18 hours before he became the eleventh, when wide receiver JaCorey Shepherd decommitted from Iowa to accept an offer from Kansas.  He cited offensive scheme as the primary factor, which is interesting given the fact that new KU head coach Turner Gill couldn't even say what his offensive scheme would be last week.  But the real kick in the nuts from this is that he was stolen by one of our own: Former Iowa quarterback/assistant and newly-minted Kansas offensive coordinator Chuck Long was pulling the strings here.  I'm not saying he's dead to me for this, but after reading the news I burned my 1986 Rose Bowl shirt in a small backyard ceremony.