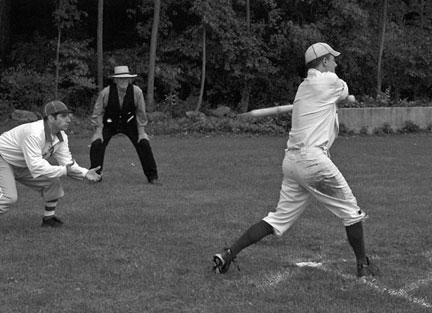 The sometimes-mythical Iowa baseball team completed a three-game sweep of Purdue today, winning 12-9 and locking up a tie for third in the Big Ten and their first spot in the Big Ten Tournament since 2007 (the BTT takes only the top six regular season finishers).  With the win, the Iowa baseball team also moved a game above .500 on the year, the first time they've been over .500 this late in the season since that aforementioned 2007 season (when they finished 31-23). Which, admittedly, doesn't seem like the grandest accomplishment, but when you consider that they've only finished above .500 five times in the last two decades, well, let's just say that the bar for what constitutes a good year in Iowa baseball is exceedingly low.

The man of the match (and indeed the entire series) was junior outfielder Kurtis Muller; today alone he went 3-5 with a 2-run HR, 4 RBI, two runs scored, and two stolen bases.  For the series, Muller went 10-14, 2 HR, 2 doubles, 6 RBI, five runs scored, and three stolen bases.  And if we needed any more reason to love him, he's also a blogger, albeit not the most frequent blogger (or, to be fair, the most entertaining; the entries are a bit dry).