What Does Big Ten Expansion Mean For ABC/ESPN?

Share All sharing options for: What Does Big Ten Expansion Mean For ABC/ESPN?

One of the main reasons the Big Ten has such unprecedented leverage in this expansion process is, well, money. The Big Ten bring in more television money per school than any other conference, including the SEC and their new ABC/ESPN (heretofore referred to as ESPN, because it's easier to type and that's the way they're branded anyway) deal.

But it's also worth remembering that the Big Ten's television revenue doesn't come only from its own network; the conference has an ESPN deal of its own, one that pays $100 million of the roughly $250 million that goes to the member schools every year. That deal's in place through 2016.

So the question is this: when the Big Ten finally does expand--and especially if they land Nebraska and at least one other national-type program (Notre Dame, Texas, or maybe even Virginia Tech in a package deal with Virginia)--does the Big Ten have any leverage to immediately renegotiate the ESPN deal?

Obviously, it would be dumb for the Big Ten to imperil their relationship with the WWL. The only other outfit that would have a prayer of bringing nine digits a year would be CBS, and with all due respect to CBS, their capacity to promote the games and get ratings is rather second-rate in comparison to the ESPN family of networks. NBC, of course, is right out.

Technically, Fox is also a candidate, and as a co-owner of the BTN, they're certainly in a friendlier position with the BXI than any other network. However, the Fox Sports networks have essentially ruined the Big XII. 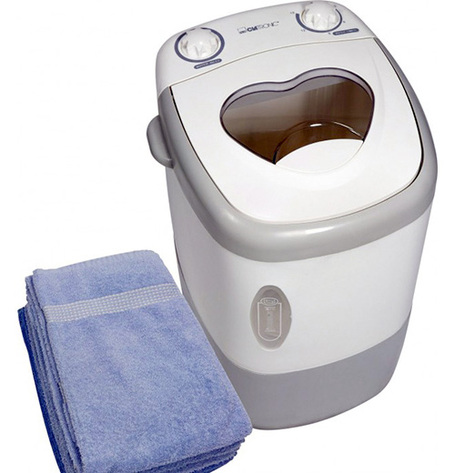 To the moribund Big XII, we award the Miniature Washing Machine Of Unceasing Agony.

Fox's Big XII coverage A) couldn't get the big names on national television consistently, B) gave most of the member conferences less than $10 million a year, C) got almost zero help from the disjointed mess that is Fox Sports in general. Their pure failure is the real catalyst for the oncoming 16-team paradigm shift in the NCAA landscape; after all, a strong, stable Big XII means the Big Ten can only expand east. There aren't five good programs to the east.

So the Big Ten's national network partner must, must, must be ESPN, and both sides probably know it. And yet at the same time, ESPN and the Big Ten signed their deal for a conference with the 11 teams the Big Ten's got now. There was no thought that the deal could eventually bring in yearly games between (just tossing names out here) Texas-Ohio State, or Michigan-Notre Dame, or Nebraska-Penn State. Doesn't an expanded Big Ten with multiple big names in college sport--especially in the first few years, while the novelty of it all still exists--necessarily mean considerably more ad revenue for ESPN? The Big Ten sure knows it; it's what they're counting on with their own network.

Perhaps the linchpin here is the conference championship game. One would think the BXI can't afford to have it on their own network--not as long as the BTN is still effectively a regional network. They also can't afford to just plain hand it over to ESPN. So there's going to need to be some negotiation there between the Big 10 and ESPN. And if there's no such negotiation and ESPN stands firm on the contract, wouldn't it be a classic Jim Delany move to find a way to show none of the new BXI members on ESPN games? To essentially say, "okay, you're still under the contract for these 11 teams. Yes, Texas is playing Michigan today, but you're not paying us for Texas. BTN has the rights to that game. You can have MSU-Illinois." If the Big Ten takes Rutgers, of course, that's actually a favor to ESPN. Nobody watches Rutgers.

[UPDATE: As some commenters have pointed out, and as someone at the UI has all but confirmed for me, the BXI has (at least privately) been exploring expansion for over a decade. We're working on getting specifics, but it's probably safe to assume that language is already in the contract.]

So it would be interesting to know if ESPN would adjust the contract by any certain amount per school, or if they would assign different candidate schools different amounts of money (like saying "we'd add on $9 million a year if you add Notre Dame, $3 million for Missouri, but we'd decrease it by $31 million if you add Rutgers or Iowa State), or how that would work. Our guess is that the Big Ten would want to get all of that settled before they make the call to add any more schools. ESPN's response to the situation may end up shaping the conference--and, as other conferences respond, college football as we know it.

Anyway. If we've screwed up anything in this post, let us know. Usually we do, and it ends up invalidating the entire argument we make. Otherwise, thoughts go below.