Let's Give Gene Chizik A Scorching Case Of Bieberpes

Share All sharing options for: Let's Give Gene Chizik A Scorching Case Of Bieberpes

We don't harbor any lingering ill will toward Gene Chizik or anything--he had his cup of coffee in Ames then moved on, as all sane people do--but we do feel compelled to pass this link on. As EDSBS helpfully noticed, the Auburn football program is evidently having some trouble choosing a song for their 2010 intro video. They've opened the options up to a vote. 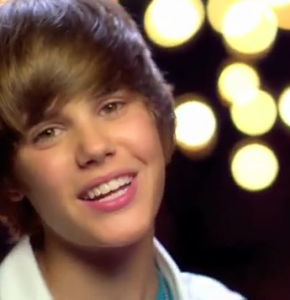 To that end, in accordance with EDSBS's wishes, we recommend that you write in "Baby," by Justin Bieber. That's her in the picture above, and my my, she sure is fetching for such a young girl.

In the interest of full disclosure, we've never actually listened to this song, nor (to our knowledge) any Justin Bieber music. So while we're not sure just how odious a selection this is, there's nothing that suggests it's, y'know, a good idea.

But why are you still reading this? Go vote! GO!

[UPDATE: Auburn has taken away write-in voting, because Auburn is a bunch of dickfaced Nazi weasels.]