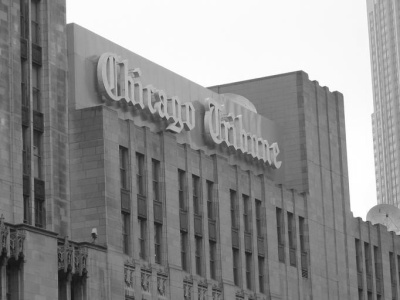 Once, I saw the greatest news story in the world.

This is not the greatest news story in the world!

But sir, this is just the Tribune

I can't seem to remember the greatest news story in the world.

No, no, this is just the Tribune

What are you doing here?  It's election night!  You should be out reporting!

Why do I even pay you reporters?  You couldn't report on a fire if the flames were shooting out your own ass!  Who has something on this election for me?

Come on, people!  I need news!

Enough of this.  Someone get me Teddy Greenstein!

Do you have the story on the election?

Really?  Where are you getting that?

Good enough, Greenstein!  We're putting it on the front page!  Everyone will be talking about it!  Job well done, son!

Beatrice, call the printers!  We've got our headline! 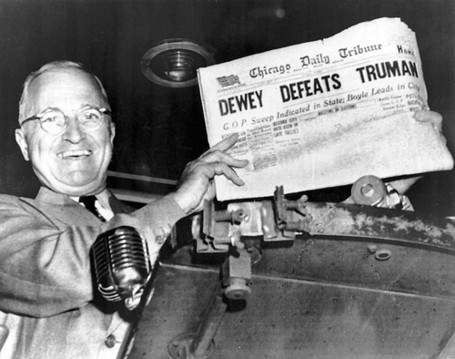 Maybe you're better suited for the sports desk, Greenstein.