The regime change is in full, swift effect, folks. While the athletic department hasn't yet rebranded the Tigerhawk or anything like that, they certainly are distancing themselves from the last, let's say, 11 years of Iowa basketball.

Case in point: LetsBeMadAgain.com, the school's slick new website with one message at its core: Iowa's getting back to the tournament. It's certainly an audacious message, as all calls to action ought to be. Hlasand Bohnenkamp both approve, and they're not wrong.

But there's one thing kinda off about it: the main page. Observe. 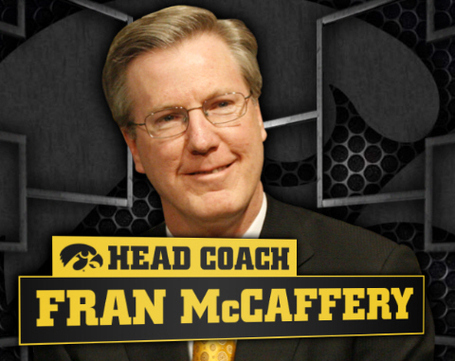 Like, okay. We're not going to base our opinion of McCaffery's efficacy as a coach on what he looks like. That's just stupid. He is probably a very good coach, and we'll find out soon enough when his teams start playing. But if you're going to have a website called "Let's Be Mad Again," doesn't it seem weird to have the focal point of the entire site be a picture with a completely incongruent tone? 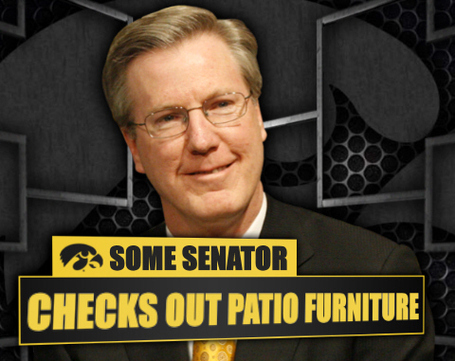 Here's what we really see when we look at that picture.

Again, this has zero bearing on his ability to win games at Iowa. None. This is totally superficial. But that's the whole point of marketing! They clearly just took some random picture for McCaffery's presser and slapped it on there. You're telling me nobody said, "hey, let's hold off on launching this until we can get Fran to mean-mug like Hank Rollins for one picture first"?

Other than that, the site's cool.