We Must Break You: Yes, I Am A Licensed Bracketologist 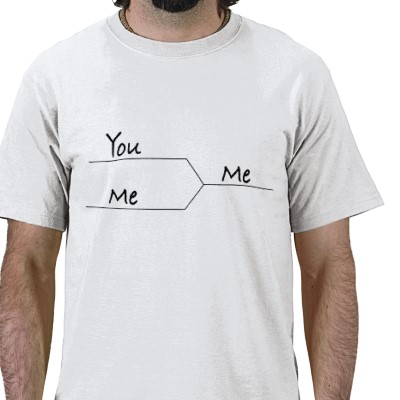 Nothing says March like brackets.  Between conference and national tournaments in basketball and wrestling (and women's basketball, too; we doff our caps to the lady Hawkeyes today, as they continued Iowa's complete pwnage of Penn State in everything but women's volleyball, beating them 82-75 in the Big Ten Tournament) and, of course, MARCHIFORNICATION, we loves us some brackets here at BHGP.  After heated meetings that no doubt featured Tom Brands threatening to put Cael Sanderson in a figure four unless he voted the way Brands told him to vote (total pwange means they have to do whatever we tell them, a power KF will exercise over JoePa come the summer's football meetings), the Big Ten finally released the brackets for this weekend's conference tournament.

So what did we learn?  No Iowa wrestlers changed seeds, except Kerr, who moved up to #4.  Which means, obviously, that Jake Kerr is the man at 157.  McDonough, Marion, Morningstar, Borschel, and Erekson will be wrestling in the extra first round "pigtail" matches.  And, in perhaps the best news of all, Iowa's odds of qualifying a man at 157 improved dramatically with former #1-seed and hefty favorite Dustin Schlatter being ruled out of the tournament because of an injury he sustained in practice this week.  Match-by-match predictions for all ten Iowa guys after the jump.

* R1: n/a
* QF: #7 Ian Paddock (OSU, FR) -- Dennis only beat him 3-2 in their meeting as last month's dual, so this could be a potentially tricky match.  Hopefully two weeks off has helped Dennis find some of his old form.  Dennis via DEC
* SF: #3 Franklin Gomez (MSU, SR) -- Dennis has, somewhat improbably, won three in a row over Gomez and seems to have his number to some extent.  Still, it's difficult to erase the unease that stems from Dennis' recent shaky performances.  Gomez via DEC
* CONSOS: I'm not going to try and figure out who Dennis would be wrestling here, but I think he'd ultimately emerge as the 3rd place guy
PREDICTION: Dan Dennis, 3rd place

* R1: n/a
* QF: #8 Nick Bertucci (PUR, SR) -- Oh please please please let him get by Mark Boyer (MI, RS FR) in the first round.  Metcalf vs. Mr. Knee-To-The-Head, Round II?  Yes, please.  Metcalf via FALL
* SF: #4 Frank Molinaro (PSU, SO) -- Metcalf beat Molinaro via pin (3:56) earlier this year.  I don't think the end result would be much different here.  Metcalf via FALL
* FIN: #2 Lance Palmer (OSU, JR) -- There's no guarantee that Palmer will get by #3 Kyle Ruschell (WIS, SR) if they meet; Ruschell did beat Palmer earlier this season.  Palmer always wrestles Metcalf close, but am I going to pick him to upset Metcalf?  Hell no.  Metcalf via DEC
PREDICTION: Brent Metcalf, 1st place (Big Ten Champion at 149)

* R1: Nick Avery (IND, JR) -- Borschel and Avery never met during the season, but picking against Borschel right now is folly, especially with an unranked guy like Avery.  Borschel via FALL
* QF: #8 Justin Zeerip (MIC, SO) -- JayBo beat Zeerip fairly easily earlier this year (6-0) and should have little trouble again.  Borschel via MAJ DEC
* SF: #5 Jordan Blanton (ILL, SO) -- This could also be #4 David Rella (OSU, JR), but I felt like picking a slight upset for once.  JayBo beat Rella via major decision (9-0) last month and didn't face Blanton, but again: JayBo is on a tear right now.  JayBo via MAJ DEC
* FIN: #2 Luke Manuel (PUR, JR) -- Borschel and Manuel should have wrestled once earlier this year, but Manuel's injury forced him to forfeit the match.  JayBo via DEC
PREDICTION: Jay Borschel, 1st place (Big Ten Champion at 174)

* R1: n/a
* QF: #8 Cody Magrum (OSU, FR) -- It's always a little sketchy to use the transitive property when it comes to making these predictions, but... Lofthouse beat Magrum fairly easily (6-1) and Beatty is better than Lofthouse (although it's unclear how good this Beatty, coming off a lengthy absence to rehab an injury, is).  Beatty via DEC
* SF: #5 Sonny Yohn (MIN, SO) -- Yohn is good and has been wrestling well late in the year; this could be a stiff test for Beatty if they do meet up.  Still, let's go with Chad to win a narrow one.  Beatty via DEC
* FIN: #2 Trevor Brandvold (WIS, JR) -- Weirdly enough, the last match Beatty wrestled this year was against Brandvold at Midlands; he beat him there 6-3.  When healthy, he's definitely better than Brandvold.  But there's no way he's going to be 100% here and there's no way to know what kind of toll wrestling three matches in two days may take on him.  So I hope I'm wrong, but... Brandvold via DEC
PREDICTION: Chad Beatty, 2nd place

* R1: David Pisarcik (PUR, JR) -- Erekson didn't wrestle him earlier this season and he's been sluggish lately, but he's far too good to pick against here.  Erekson via MAJ DEC
* QF: #7 Ben Apland (MI, RSFR) -- Erekson also didn't wrestle Apland earlier, though his understudy (Blake Rasing) did wrestle him -- and beat him decisively, 6-1.  As noted, employing the transitive property is always a little dicey, but Erekson shouldn't have too much difficulty with Apland.  Erekson via MAJ DEC
* SF: #3 Cameron Wade (PSU, SO) -- Erekson did wrestle Wade earlier in the season... and beat him solidly, 6-1.  Rinse, repeat.  Erekson via DEC
* FIN: #1 Nathan Everhart (IND, SR) -- Everhart's good, but he's also been able to feast on a fairly weak schedule; assuming Big Dan has his conditioning in order, he can beat Everhart.  Erekson via DEC
PREDICTION: Dan Erekson, 1st place (Big Ten Champion at Heavyweight)

As you can see, only the finals on Sunday are on BTN; don't ask me why the rest of the tournament isn't being streamed on BTN.com -- I have no answers.  So we'll be living vicariously through the liveblogs and tweets of Andy Hamilton, KJ Pilcher, and anyone else who might have info.   We'll have open threads for all your chatter and I'll update the results in the initial story if you just want the bare-bones info.