For those of you just tuning in, Part 1 and Part 2. 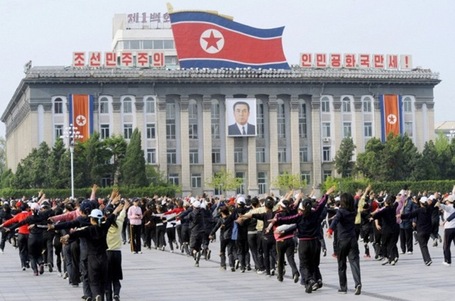 It sure is dark out hewe

I could sure use a frashright

What was that?  Who is over there?

/runs in direction of knight who says nee

OK, now is our chance.  Let's split up.  You two survey the first floor.  I'll head for the basement.

You got it, boss.

Meanwhile, in the basement...

If my calculations are correct, Stanzi just reached the prison.

Soon, he will fall into my trap, and I WILL BE STARTING QUARTERBACK!

THEN YOU WILL ALL BE MINE!

I would know those voices anywhere.  That's Girls Generation, and it came from the basement.

/emerges from shadows with handgun

Your tyranny and oppression has gone on long enough, Stanzi.

You'll never get away with it.

Oh really, Stanzi?  What are you going to do?  I have the gun!  I HAVE ALL THE POWER HERE!  Now shut your piehole and get in that holding cell.

Just one thing, PAKISTANZI, whoever you are.

Your shoe is untied.

/struggle on floor of prison, gun accidentally goes off

Woah, this is fucked up.

Which one of you is Ricky?

I AM THE REAL RICKY STANZI

I don't know who to believe

Wait, Ace, I have a better idea.

/hands Stanzi and PAKISTANZI each a football

What's going on in my basement?

Both of you, throw me the ball

I SAID THROW ME THE DAMN BALL.

THAT ONE!  THE ONE WHO THREW IT TO THE GUARD!  HE'S THE REAL STANZI!  ACE, GET THE FAKE!

DAMN IT!  BEATEN AGAIN BY THE STANZIBALL!

Now it's time to find out who you are...

And I would have gotten away with it too, if it weren't for you snoopy kids!

Just a second, Amewicans!  You fowgot about someone!  Say herro to my rittle fwiend!

To be CONCLUDED Tuesday...