Stallings is one of the few names prominent on the 2007 coaching search list that has reappeared this time around.  So why Kevin Stallings, now or ever before?  And when you get down to it, his name is here because (1) he's been successful in a power conference with a small program, and (2) he's vaguely tied to the Big Ten.  Part one is important in any candidate.  I get the sense that part 2 is weighed far too heavily by the people who float these names in the first place. 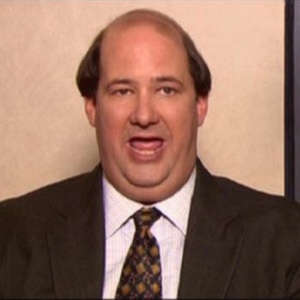 Stallings is originally from southwestern Illinois, and played college ball at Purdue, running the point during Gene Keady's first two years in charge of the Boilermakers.  He stayed on with Keady after graduation as an assistant for six years, then moved to Kansas and assisted the incoming Roy Williams for his first five years in Lawrence.  Stallings received his first head coaching spot at Illinois State and was, by their standards, extremely successful: 123-63 over six seasons, two MVC championships, a tournament win over Tennessee in 1998, and a couple of NIT appearances.

Following the 1998-99 season, Stallings replaced Jan van Brede Kolff (who you might remember as the coach at St. Bonaventure who once accepted a JUCO transfer despite the player only earning a welding certificate at his prior school) at Vanderbilt and, again, has been quite successful.  While Vandy hasn't won an SEC championship during his tenure, the 'Dores have made the tournament 4 times, reaching the round of 16 twice.  Since 2003, Vandy has finished .500 or better in the SEC in 6 of 7 seasons.  He is a two-time SEC coach of the year (including this year, which doesn't make a lot of sense beyond the fact that the other coaches really hate Calipari).  Essentially, he is to Vandy what Tom Davis was to Iowa.  For the program he has run for a decade, he is a decorated coach.

What he is not is a promoter.  He is notoriously cranky with the media.  He is slightly dour on the sideline.  He is a bit of a curmudgeon.  This is not to say he's not a good guy; for instance, when a Vandy athletic budget shortfall threatened his team's tour of Australia last offseason, he paid $100,000 out of his own pocket to make up the difference.  He has also been extremely active in the Nashville community.

He is an excellent recruiter, despite (or maybe because of) the fact that he casts a wide net; he has traded on Vanderbilt's academic cache to bring in recruits from around the country and, occasionally, abroad.  While such a tactic might be a turn off to the local/regional mindset of many Iowa fans, it is precisely the philosophy needed when recruiting to a school without a natural surplus of talent.  On the other hand, his relationship with the AAU crowd is...strained, shall we say.  While I agree with his position on the college basketball recruiting racket, it's still a replay of the problems we had with Lickliter.

Contractually, there likely isn't an issue.  Vanderbilt, as a private institution, is not required to release the salaries of their employees or the details of their coaches' contracts.  It has been widely speculated that Stallings receives just short of $1M per season, with a total compensation package (including bonuses, shoe money, etc.) of approximately $1.3M.  Iowa offered a far better package to Lickliter, and can up the ante if necessary.

Stallings was widely reported as one of the final two on Iowa's list three years ago and, depending on who you ask, either turned the job down or was never offered the spot in the first place.  For Iowa's purposes, the coaching record is fantastic, the "connections" are there, the recruiting is probably good enough.  On the other hand, Stallings -- much like Lickliter -- was on that final list a few years back in large part because he's not Steve Alford.  Unfortunately, he appears to be far too similar to Todd Lickliter, and a program that needs butts in the seats might require a bigger draw.  Still, those concerns are outweighed by the benefits of a coach who has been successful at every place he's been.

The bigger question is, why would Stallings do this?  He has complete job security at Vanderbilt, where he is unquestionably the biggest athletic program on campus (say what you will for Bobby Johnson, but Vanderbilt football is never going to have the resources or fanbase to compete consistently in the SEC) and is given carte blanche to do as he pleases.  Leaving that for a spot at a school where the administration and fans have run off three straight coaches, where the mere act of failing to get a top-level in-state recruit can be a damning indictment on your ability as a coach, makes no sense.  He's happy in Nashville, and it's going to take more than a new practice facility and a bundle of cash to change that.  I don't know if Iowa has enough.