Share All sharing options for: YOU MAKE THE CALL: Todd Lickliter Memorial Edition 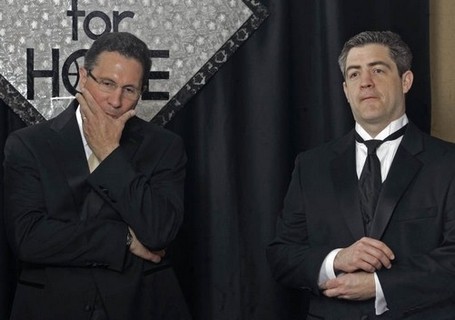 Does this picture, from the Register's mammoth photo retrospective of the Todd Lickliter era, depict...

A) Keno Davis, in an attempt to liven up the fundraiser, doing his patented Robert DeNiro impression, as evidenced by the facial expression... only his verbal affectations are so terrible--"Hey, you talkin' to me, mehh muhh maaahhh, don't marry my girl you Focker, shrimp on the barbie!"--that Todd Lickliter is unable to conceal his disdain and wants to go home

C) No guys, it's totally A, Keno's DeNiro sucks