It's Not Plagiarism If You Link To It Has a Gun, Some Fish, and a Barrel

Share All sharing options for: It's Not Plagiarism If You Link To It Has a Gun, Some Fish, and a Barrel

About Last Night.  It's not very often a sporting event can drag me away from a WWE pay-per-view, but the US-Canada hockey game did just that.  The Fighting Stanzis won 5-3, so

EVERYBODY MOVE YOUR FEET AND FEEL UNITED WOAH-OH-OH

Goalie Ryan Miller (Michigan State) was the equalizer in a lopsided 45-23 shot advantage for Team Canada, stopping 42 of those shots as the good guys prevailed 5-3 in Vancouver. Wonder how those $1800 upper bowl seats were?

Miller got help from Brian Rafalski (Wisconsin) with his two goals and Ryan Suter (Wisconsin) and his two assists, but the play of the night came from a Buckeye. Ryan Kesler’s lunge to salt away the game on an empty-netter with :45 to play has to be seen (and watched many times over).

This doesn't even include HOCKEYBEAR (Big Ten by adoption, like anyone else who destroys Columbus), who didn't register in the box score but distracted the Canadians by firebombing Calgary, tearing a hole in Skydome, then slipping the surly bonds of this world and blowing Mars the fuck up.  No Iowans, because nobody who plays in the Olympics should get their start in the Coralville mall, but a little regional love is warranted.

Stupidity Tries.  Just when I thought the Iowa state legislature couldn't get any dumber, Representative Wayne Ford (D-Des Moines) goes and does something like this (EDIT: I was so eager for the beatdown that I forgot to hat tip Mike Hlas; T/F/J's to you, buddy):

"Here we go again," Representative Wayne Ford said today. "Another Iowa college athlete coddled rather than punished for unlawful behavior. This time star Iowa football player Adrian Clayborn is pleading guilty to a year-old assault charge. However, this is not just an University of Iowa problem. We have seen similar incidents at Iowa State University and the University of Northern Iowa."

"Adrian Clayborn is a great football player. He helped Iowa win the Orange Bowl and deserved being named most valuable player," Ford said. "What he did not deserve was being allowed to play."

"Over and over again, we see instances of star athletes at our three universities making bad decisions and being charged with serious crimes – theft, drug charges, drunk driving, assault, even rape. And yet, they face no consequences, at least not until the season is over."

"My concern is for the athletes. We are sending the wrong message when we ignore their wrongdoing. We are saying that if you are a good enough player you can do whatever you want and do not have to face the consequences. This is not how life works and our students need to learn that before they get into even more serious trouble."

"It is not about being found innocent or guilty. It is about what is and what is not appropriate behavior."

Representative Ford is absolutely correct; these players are going to college on the taxpayers' dime, and those feeding from the public trough should be held to a higher standard.  Ignore equal protection.  Forget due process.  Anyone charged with a "serious crime" while on the state payroll should immediately resign from their position or, at the very least, be prohibited from participating in any activity until the matter is resolved.  Those alleged to have committed a serious crime, be it assault or drunk driving, don't deserve the privilege of representing this state, its people, or its universities.

In other news, here's a picture from the front page of Representative Ford's website, taken two weeks ago, of him with Rep. Kerry Burt, who was arrested for driving while intoxicated after attempting to "big time" the officer by saying he'd been drinking with the governor.  Surely this was taken after Mr. Ford had taken to the floor of the Iowa House to chastise Mr. Burt for his inappropriate behavior and demand his resignation because his guilt or innocence is immaterial. 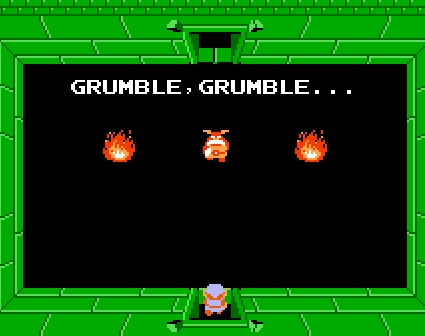 Grumble Grumble.  We have never heard Norm speak in person, and we've always assumed he sounds like the level seven monster in Zelda (and is equally susceptible to distraction by raw meat purchased from a secret store).  Norm addressed the Polk County I-Club late last week, though, and broke some news.  In particular, Christian Ballard is up to 311 pounds KNOW THAT WE HAVE ALWAYS BEEN DOWN DOWN.  Other news, being reported third-hand:

"This Season Is About Being Relevant."  That's how Gazoo sportswriter Jeff Johnson begins his 2010 Iowa baseball preview.  It's not the greatest statement on the current state of the program, but it's true; Iowa baseball has been especially horrendous over the last two years, finishing last in the Big Ten in both seasons (and, as mGoBlog once said, the Big Ten is the college baseball equivalent of Conference USA).  Still, Iowa is the only remaining state university with a baseball program, so its mere existence makes it more relevant than Iowa State or UNI.  Iowa coach Jack Dahm detailed what he wants to see from his team:

"To me, one of the biggest things we’ve learned, we’ve had a lot of struggles, as everyone knows, is we didn’t handle adversity very well," said Iowa Coach Jack Dahm. "And also over the last two years, we lost an identity in our program and how we need to play in order to be successful."

"I want to be a gritty team. One that’s going to put pressure on people and is going to handle adversity," he said. "Last year we had a lot of tough breaks, with injuries and we created some problems ourselves. We didn’t handle that very well. Some of that had to do with the people that were filling in were young guys. Freshmen that got thrown into the fire and didn’t know what to expect. We’re going to benefit from that this year."

Before coming to Iowa, Jack Dahm was the head coach at Creighton, where I attended baseball camp every summer.  Jack Dahm taught me how to hit.  I was a terrible hitter.  I blame Jack Dahm for everything that has happened in my life since then.