With the 2009 season complete, BHGP looks back at the ten most sublimely absurd moments of the past decade for this sublimely absurd team, counting them down over the next two weeks the indefinite future.

The list so far:10. Parking Gate-Gate9. A Fair to Remember8. "Two Words: Iowa Hawkeye Pride"7. Shawn Prater Gets Roofied6. Beutjer Becomes Someone Else's Future5. Calloway and the Moped4. The Rise and Fall of CBI
3. Brian Kinchen Gets Kinda Gay 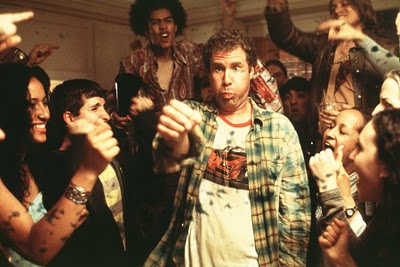 In early 2010, Riley Reiff is many things: Arguably Iowa's best returning lineman, heir to the left tackle throne vacated by Bryan Bulaga, underreported success of the 2009 team.  He's the foundation of the offensive line for years to come.  But in July 2008, when the soon-to-be-redshirted freshman hit campus, he was just an 18-year-old kid from South Dakota getting chased naked through a Pita Pit by the Iowa City Police Department:

Police arrived to find the Yankton Doodle Dandy in some stage of undress or another, mistaking the dark alleyway for his bedroom or something. While reports stated he was half-naked, we're just going to assume that the top half had come off, since 1) he wasn't charged with indecency or anything, and 2) ew.

We'd like to say Reiff did what everybody does in that situation, but never in the history of history has anyone been able to claim "getting arrested half-naked behind Pita Pit" as a facebook status, so he improvised. And by that we mean he ran.

The ensuing chase took the party through the Pita Pit, where overturned trays caused literally billions of dollars in damage, and eventually to the streets of Iowa City. From there, according to reports, the sartorially liberated freshmen led eight officers on a 20-minute jaunt through town. We're not sure where Reiff ran or where he was running to; if the ICPD wasn't a bunch of jagoffs, they'd provide us with an interactive map as well as markers for people to relive the experience themselves. This is tourism gold, Iowa City, and you're throwing it all away!

Reiff got booked on public intoxication and interference with official acts. He refused a Breathalyzer test, which is a crime of robbery unto itself. The victims? You. Me. America. We all want to know "how drunk do you have to get before any of that becomes a viable option," and Reiff let us all down.  For shame, sir. For shame.

We knew we had something special on our hands (ew) when we read that Riley Reiff, a 6'4" 250 lb. defensive end (at that time) could avoid the Iowa City Police for 20 minutes.  For those of you who haven't been to Iowa City on a Saturday night, the ratio of cops : unarmed people downtown is about 3:1.  We couldn't see the future, though.  We had no idea Reiff would straighten things out and become a key player for an 11-win team as a redshirt freshman.  We couldn't imagine he would be so important to a preseason top 10 team in 2010.  We didn't even know he would play offensive line.  At the time, all we knew was, in a year of never-ending football-related arrests, this was unquestionably the funniest.