Yeah, This Was Probably Bound to Happen: Jeff Brinson Transfers

Share All sharing options for: Yeah, This Was Probably Bound to Happen: Jeff Brinson Transfers

It hasn't been a great couple years for Jeff Brinson. He arrived two years ago as the most highly-touted running back of his class, and though Jewel Hampton quickly proved to be better than his 2-star ranking, Brinson still seemed like a good candidate for carries as a backup to Shonn Greene.

That didn't really happen, of course; Brinson redshirted amid sundry injuries and a case of asthma, but seemed to be a solid number 2* option in the backfield once Greene declared for the draft. Those prospects looked even better once Hampton's knee exploded. Surely, Paki O'Meara isn't going to see the carries now, right? 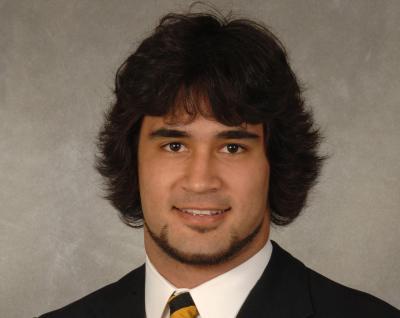 And that's exactly what happened, as Brinson was hobbled once again, this time by a bad foot injury; Brinson would carry the ball all of once in game play in 2009, as Brandon Wegher and Adam Robinson emerged as Iowa's feature backs.

So with a backfield that has three sophomores with significant playing time in front of him, Brinson--still only a sophomore himself--really had no choice but to transfer if he wanted to see plenty of PT. So he did. From the Gazette:

Iowa running back Jeff Brinson has decided to leave the Hawkeyes and transfer to a school closer to home.

Brinson, a highly touted recruit from St. Petersburg, Fla., redshirted in 2008 and was limited to just one carry last season because of a foot injury.

It's hard to fault Brinson, obviously; wherever he goes, if he's healthy, he'll probably have a far better opportunity to showcase his skills than if he'd stayed in Iowa City. Nine-player depth charts are about as stable as a drunk ex-girlfriend, after all, so it's hardly a surprise that Brinson isn't even the first tailback to leave the team since then.

Still, losing talent sucks, especially this far along in the off-season. We're sure Ferentz will find a deserving walk-on for that scholarship and all that, but both the basketball and football teams have ably demonstrated over recent history what a damaging effect it has on a team to lose players before they mature into juniors and seniors (no, not them). In a perfect world, nobody would transfer. But this is clearly not a perfect world, and Brinson's clearly better off transferring somewhere else. Go get yours, Mr. Brinson, and do not hesitate to kick every ass in sight.