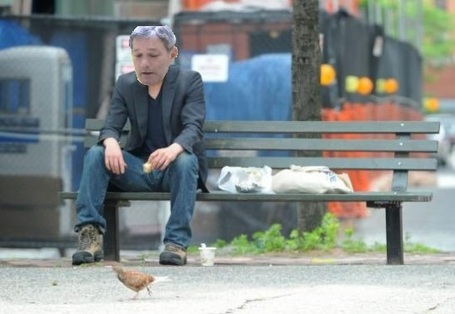 In the end, it really wasn't that complicated.  Simple, even obvious, like spending an hour on a Rubik's cube that's one rotation from completion.  He loved her, that he knew to be true.  And that feeling beamed out from his pores, and it reflected off of her and back at him, but at what felt like a 5% discount, like there was a half-life.  And it was then and there, on a bench outside the hospital where he had just found out he had inoperable scurvy, which was an especially bad problem because he'd only gone to the doctor because he'd been drafted into the Navy, and having scurvy probably wouldn't disqualify him from joining the Navy because c'mon it's the Navy they all have scurvy eventually, two blocks from the office building where he'd first heard of the alien invaders who were ravaging the countryside, which was fine by him because he would be in the ocean on a Navy ship suffering from scurvy while fighting the smaller alien boats, it was here where he realized that his love was radioactive.

Kinda like the bombs they had to use on the aliens that were conquering the world.