Tressel confesses: "I am the Sweater Vest Killer"; will begin serving sentence after Sugar Bowl

Share All sharing options for: Tressel confesses: "I am the Sweater Vest Killer"; will begin serving sentence after Sugar Bowl 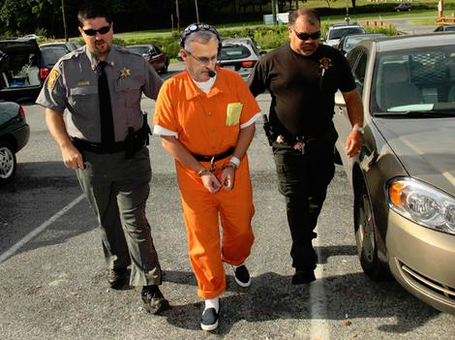 COLUMBUS (AP) OSU football coach Jim Tressel turned himself into Columbus police today, admitting that he is the infamous "Sweater Vest" killer who has terrorized central Ohio for months. Tressel will begin serving his 17 consecutive life sentences after the Sugar Bowl. Police chief Jack Wibbins explained: "Normally when we have a conviction for a heinous crime such as this, the criminal begins serving his sentence immediately. But there were certain extenuating circumstances here. For one, coach Tressel did not receive adequate education from us. He honestly did not know that killing 17 young women was against the law. So our bad there. Also, bowl games are special circumstances, and we judge killings prior to bowl games differently than we would killings prior to, say, a September game against Toledo." 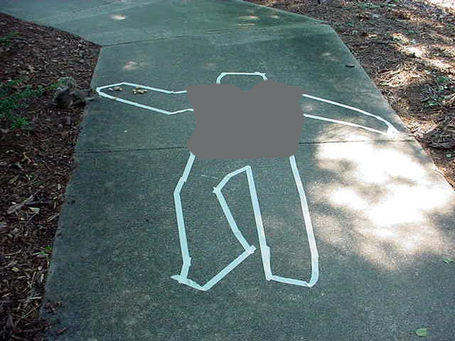 The site of one of Tressel's brutal slayings

Tressel stepped forward recently to take responsibility for the killings that have terrified residents and mystified police since late August. The victims were found dead of no apparent injuries, wrapped in gray sweater vests and with odd, leaf-shaped stickers placed on their eyes. Tressel revealed in his confession that he murdered the women by giving a version of his post-game remarks for six to eight hours, until his victims died of cerebral hemorrhages. Tressel explained in his post-conviction press conference the thrill he got from the killings. "There's a joyous feeling you have when you win a football game, but there's another one that goes beyond -- where you feel you’ve succeeded as a man -- and you see the light die in a young woman’s eyes after literally boring her to death." Tressel then attempted to compare the experience to a successful game plan he used against Michigan, but officers gagged him before any further damage could be done. Snipers will be on hand at the Sugar Bowl trophy ceremony and post-game press conference to prevent Tressel from killing again.

Ohio State faces off against Arkansas in the Allstate Sugar Bowl on January 4th at 7:30 pm, Central time.  The game will be broadcast on ABC.  Ohio State is favored by 4.