Maybe The Grinch Has A Heart After All: Delany To Reconsider Big Ten Division Names?

Share All sharing options for: Maybe The Grinch Has A Heart After All: Delany To Reconsider Big Ten Division Names? 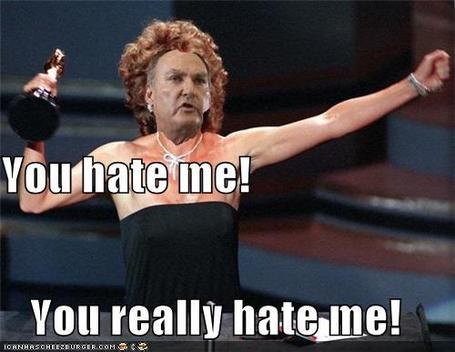 Never let it be said that Jim Delany doesn't listen to the little guy.  Sure, usually that means smugly laughing while the Boise States of the world bitch and moan about unfair access to the Rose Bowl, but when the little guy (or in this case, every guy) is delivering verbal bombs excoriating the Big Ten for its new division names (and, to a marginally lesser extent, the new logo), even the Dark Lord Delany will listen:

"We've had enough experience with names and expansion and development of divisions that we know that you rarely get a 90 percent approval rating," Delany told WGN AM-720. "But to get a 90 percent non-approval rating was really surprising. It showed that we didn’t connect with our fans in a way that we wanted to. It’s humbling, to say the least, because we’re trying to build fan bases, not push them away.

"I've been around this business a long time, and I would say it’s one of the more surprising things. There’s a sensibility there that we did not connect with, did not read well."

Gee, you think?  It's hard to believe that a decision like this wasn't focus groupped to death, which means that the Big Ten either (a) found the world's stupidest focus group (maybe they asked the ACC for references) or (b) completely ignored those findings and went with "Legends" and "Leaders" anyway.

In any event, there's no guarantee that they're going to ditch those miserable names when Delany says this --

"We’re still listening and trying to figure things out," Delany said. "We'll probably make an assessment about whether or not it’s sustainable. We’ll try to do a little education, let it breathe a bit and then probably revisit it after the first of the year."

-- but it at least gives us reason to hope that come 2011 an Iowa team led by the sturdy running of Beefy McRumbleton* won't be vying for something as dumb as the Legends division championship.

* -- Shh.  We're having all the Iowa running backs change their names to help them avoid the brutal wrath of AIRBHG.