First of all I'd like to mention how smart you all were last week in your infinite wisdom to take Illinois and the 3.5 very important points instead of taking them straight up. That was the right thing to do. It feels good to do the right thing, doesn't it? Keep doing that. Good, then.

Your reward is 12 Angry Fitzgeralds: 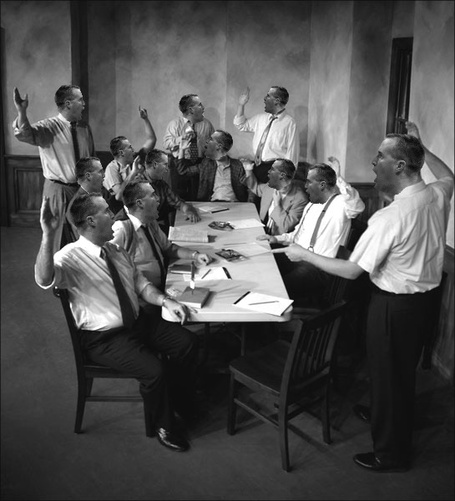 The weekly results are below the jump. I'll just say this: you could find the amount that we need to get back to even in a fat stripper's g-string on a Tuesday afternoon. If that's not enough to motivate you.....well then you have a higher moral fiber than I ever will, good sir. Here's the grid: 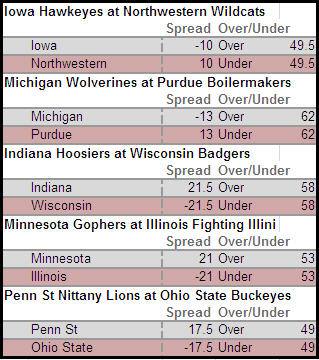 Iowa going on the road and giving 10 points to a team that keeps finding ways to inexplicably beat them seems like a lot. Having said that, it's the smallest spread of the Big Ten weekend. I don't know about you, but I don't think I would want to have to give Indiana 21.5 points. But hey, let's retain the sanctity of the poll, shall we? Put your homerism in your pocket and vote for a winner, folks.

Last week's failpost belongs to Tacop84 for going1-4 in his predictions. I'm giving him a loss in the game he didn't pick because i can. Get off the goddamn fence. It wasn't all bad, though, because he looked like a pseudo-Hawkstradamus in his ability to predict his own failure. Well done. Except not.

I'm going to split the real Hawkstramus Award this week between HawkeyeRecon and BStylin Hawkye because there wasn't a whole lot of prediction win last week. (I almost decided not to give it to BStylin because as I was typing his name i saw that he was missing an 'e' in Hawkeye, which I had never noticed before and it made me feel silly purposely spelling it wrong.)

The Road to Financial Equilibrium 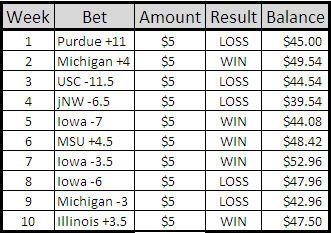