Share All sharing options for: A Winner Is You! 2010 Iowa Wrestling Preview: 149 lbs. 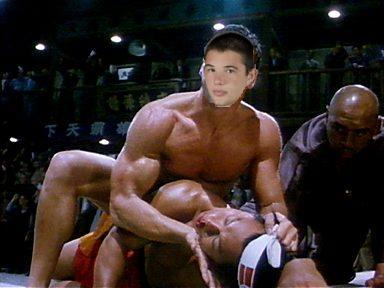 The Known Quantity
Oh, how things change... a year ago, this was the weight we had the most confidence about and now it's the second-to-last weight in this year's series.  But that's what happens when you go from Brent Metcalf, one of the heaviest favorites in recent memory to run the table for a national title, to an untested and largely unknown redshirt freshman.  Said redshirt freshman would be Dylan Carew, yet another local boy done good (Iowa City West).  A year ago, Carew went 11-1 wrestling unattached in limited action.  He took first place honors at the Grand View Open and the Duhawk Open and recorded four pins in those twelve matches, so there's no doubt that he's got talent.  Of course as with most of the new guys stepping in this year, the caveat with those results is that they weren't against top-notch competition, so we still don't totally know what to expect from him when the whistle blows this year.

The Possible Options
Unfortunately, if Carew isn't the man here, Iowa could be in trouble.  The other options are sophomore Jeret Chiri and juniors Stew Gillmor and Ethan Sebert; Chiri went 1-2 last year, Sebert went 2-4 last year (and lost to a dude from Waubonsee), and Gillmor went 4-6 last year (at 157).  So... yeah.  It's probably Carew or bust here, folks.

The Potholes In The Road
The cream of this weight is all gone -- the top four All-Americans from a year ago -- but there's still plenty of depth there... and even more coming.  So Metcalf's gone, as are national runner-up (and Oompa Loompa Extraordinaire) Lance Palmer, Oklahoma's Kyle Terry, and Wisconsin's Kyle Ruschell.  But the other four All-Americans are back -- Penn State's Frank Molinaro, Edinboro's Torsten Gillespie, Bucknell's Kevin LeValley, and American's Kyle Borshoff.  And yet none of those guys are atop the preseason rankings -- that would North Carolina State's Darrion Caldwell (the 2009 national champion at 149 and one of only two guys to ever beat Metcalf) and Cornell's Kyle Dake* is moving up to 149 from 141 -- and oh yeah he was the the national champion at that weight last year.  Throw in Boise State's Jason Chamberlain (also returning from a redshirt) and this looks like one fearsome class.  The Big Ten isn't devoid of talent, either; aside from Molinaro (the obvious favorite), Northwestern's Andrew Nadhir and Michigan State's David Cheza re also in the preseason top ten in quite a few rankings.

* Side note: I have no idea what it is that attracts dudes named "Kyle" to this weight, but it's pretty damn weird.

The Reasonable Expectation
Last year, it was utterly reasonable to see Brent Metcalf's name here and write in "Big Ten champion" and "national champion" in ink as the reasonable expectations -- after all, he was the two-time defending Big Ten champion and the 2008 national champion.  He didn't quite live up to those insanely high expectations last year -- Palmer tripped him up in the Big Ten Tournament finals -- but national champion/Big Ten runner-up is not exactly a bad year's work.  All of which is a long-winded way of saying that while we could expect all that a year ago, we'd be batty to do the same this year.  Nationally, this weight is loaded with talented and experienced wrestlers -- and there are some pretty formidable guys on the Big Ten level as well.  Carew should do well, but the buzz on him isn't Metcalf-level crazy, so we'll call for him to be a national qualifier and be in the top four of the Big Ten.  If he can make All-American status, it'll be gravy.