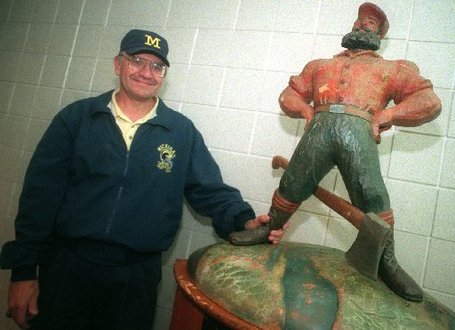 With the bye this week, we have the chance to watch some other teams.  In part because we play them next week, and in part because it's the best game on the weekend slate, I'll be tuned into Michigan's battle with Michigan State for the Paul Bunyan Trophy.  If you want some information on that and the rest of the Big Ten slate, including the other Paul Bunyan-related game in Madison, listen to Maize Pants, where I attempt to hang with LVS of The Only Colors and Dave of Maize n' Brew for 45 minutes.