Our Communist colleagues at Hammer and Rails have declared jihad on BHGP, Iowa, and freedom, so it's only fair that we deliver a few blows back at OUR MOST HATED RIVAL.  And if they have an enemies list, you can be damn sure that we have an enemies list.  And our enemies list is goddamn Nixonian*. 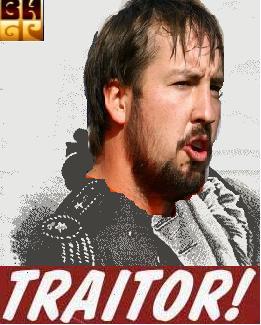 KYLE ORTON -- Or as we prefer to call him, Benedict Orton.  Who cares that he played in a run-first offense and didn't blow up as a recruit of significance until a Nike camp before his senior season and that we'd already cast our lot with Kyle McCann (or maybe it was the Feutjer; Purdue makes us SO ANGRY WE CAN'T THINK STRAIGHT)?  HE SPURNED IOWA AND CAST HIS LOT WITH OUR DASTARDLY AND MOST DESPISED RIVALS.  Not even his triumphantly ugly neckbeard and love of drinking Jack Daniels straight from the bottle is enough to sway our opinion of this traitorous cur.

DREW BREES -- Ooh, so he won the Super Bowl, was named Super Bowl MVP, rewrote the passing section of the Big Ten record book, and led Purdue to a Rose Bowl?  Big deal.  Did he ever compete in Solon Beef Days?  We didn't think so; Brees and his dopey-looking birthmark can go fuck themselves.  There's only room for one awesome quarterback named Drew in our hearts, and it's not this chump.

BOB GRIESE -- We don't even have him for anything he did as a Purdue quarterback to Iowa, but because his success as a Purdue quarterback led him to the Miami Dolphins, which led to him becoming a college football broadcaster, which led to him polluting our airwaves with his empty-headed (and occasionally kinda racist) babbling for decades on end.  And that's just unconscionable. 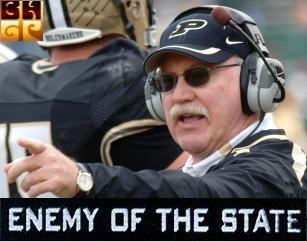 JOE TILLER -- For upsetting the apple cart in the Big Ten and bringing his insipid "basketball-on-grass" offense to our beloved league of off-tackle runs and fullback dives.  YOU'RE PLAYING FUCKING FOOTBALL, YOU GODDAMN TWAT.  Also: we hate him for polluting the follicle-free faces of the Big Ten coaching fraternity with his vile lip-warmer.  ("But didn't Hayden Fry have a mustache?" LALALALALA I CAN'T HEAR YOU, PURDUE FAN.)  You knew who else rocked big, bushy mustaches?  This guy. And this guy.  Now all that commie-themed imagery over at Hammer and Rails is starting to make sense, isn't it? 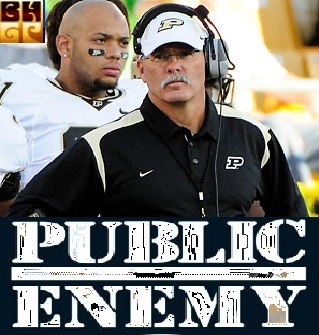 DANNY HOPE -- He hasn't even coached a game against Iowa yet, but we hate him on principle.  After all, he coaches OUR MOST HATED RIVAL and he's also chosen to cover his upper lip with a mustache, no doubt in tribute to his Communist forefathers.

WHOEVER COACHED PURDUE IN THE 60s and 70s -- Twenty games in a row over Iowa?  Goddamnit.  For Christ's sake, Iowa didn't even do that to Iowa State in the Two Jims Era.  We can't even single out one particular coach for this misery; four different coaches contributed to this streak for Purdue, with Jack Mollenkopf doing most of the damage (nine wins from 1961-1969).  But they're all dicks and we hate their guts. 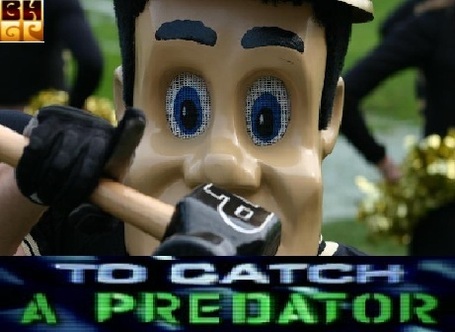 PURDUE PETE -- What a creepy, soulless, dead-eyed motherfucker.  We see him staring, always staring, never blinking.  Always carrying that big fucking hammer around, pretending to be the embodiment of the working man he claims to represent.  We know the truth -- he cares about the proletariat only to the extent that he can exploit them, rape their dreams, steal their hopes, and piss on their expectations.  Begone, foul demonspawn.

JEROD VOID -- In 2003, this jerk ran for 120 yards and two touchdowns against Iowa, paving the way for OUR MOST HATED RIVAL to win, 27-14.  You're probably thinking, "Hey, those were pretty good numbers!  And he did that against an Iowa defense that started Bob Sanders, Chad Greenway, Abdul Hodge, Matt Roth, Jonathan Babineaux, Jared Clauss, and Sean Considine?  Wow!  He must have been a pretty special running back."  BULLSHIT.  For his career, he ran for 1321 yards and 13 touchdowns.  Thanks for having your career day against us, asshole.

BILLY DICKEN AND BRIAN ALFORD -- These two dicks made us miss a bowl in 1994 and made us kiss our sister (figuratively speaking; we're not Indianans):

"I’m excited about watching the film," said [Bobby Diaco]. "You don’t want to make any excuses for losses, but I swear to God Plez got pushed in the back, and I could have sworn me and Johnny (Hartlieb) came up with the stop on the two-point play."

"That typifies the whole season," said Diaco. "It sums it all up. It’s like kissing your sister."

Those fucking cheaters.  We still want our goddamn win back. 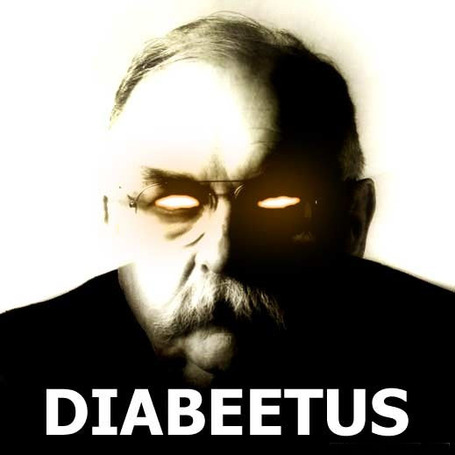 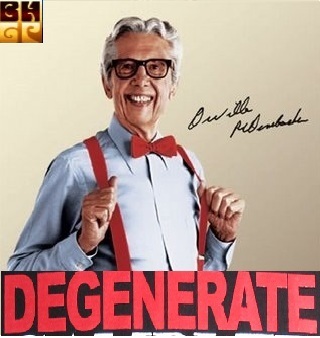 ORVILLE REDENBACHER -- Fuck his overhyped popcorn and his folksy charm, which serves only to obscure the depraved heart of a true deviant.  Sadly, libel laws prevent us from revealing the details of his deviancy, but rest assured that it's truly abhorrent.  He'll pry our Jolly Time from our cold dead hands, that bastard. 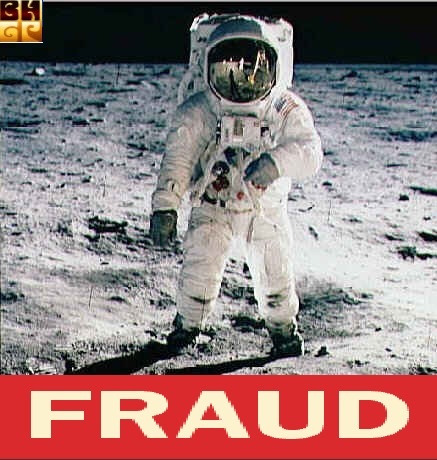 THOSE ASTRONAUTS WHO WENT TO PURDUE AND THEN "WALKED ON THE MOON" -- I don't care how much they paid (and continue to pay) Tom Hanks to make puff pieces celebrating their courage and trailblazing spirit; we all know that they're nothing but unscrupulous conmen and conniving shysters.  "Moon walk" my ass.  They bilked millions of dollars from the American taxpayer for their so-called space travel, only to spend a fraction of it on some half-assed Hollywood production and the rest on their enormous cocaine and whore habits.  American heroes?  Ha!  Not in our book.

CURTIS PAINTER -- He was the last Purdue quarterback in recent memory to actually lead a team of Purdue footballers that vanquished a team of noble Iowa footballers.  Also, that 2007 game (which Purdue won 31-7) was (a) the last time Iowa gave up 30+ points until the Arizona debacle two weeks ago and (b) as enjoyable to watch as a snuff film.  In fact, it remains the last Iowa game I quit watching before the clock hit 0:00, simply because watching Iowa's offense's try to even get a first down was the definition of footballing misery.  So, fuck you, Curtis Painter, and fuck you, Purdue, for making me hate football.

FRANK DUONG -- Haha, just kidding.  We love Frank Duong, because he gave us highlights like this:

THE ROSS-ADE STADIUM GROUNDSKEEPERS -- For doing whatever the fuck he did to the Ross-Ade field in 2005 that led to Ed Hinkel getting hurt and missing a handful of games, which JUST SO HAPPENED to include our two gut-wrenching, come-from-ahead losses to just Northwestern and Michigan.  Purdue wasn't even sabotaging Iowa for their own sake (they were mired in a mediocre season of their own doing); no, they were doing it on behalf of their fellow NERD schools.  Paranoid conspiracy theory?  HA.  Which two states border Indiana (vile dumping ground home of Purdue)?  Illinois (home of just Northwestern) and Michigan (home of, um, Michigan).  You could even draw a triangle between the three cities that house those universities, triangles being a geometric concept, geometry being math, and math being the lifeblood of NERDS.  Let's just call them the Axis of NERD Evil and be done with it. 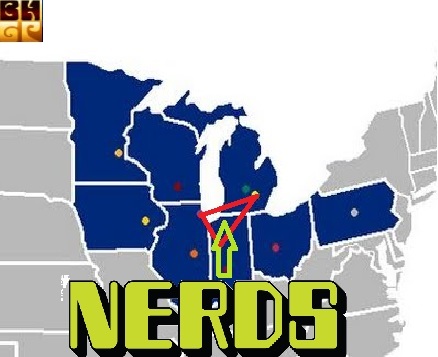 ROSS-ADE STADIUM -- Speaking of... how dare those vile Communist hooligans sully my good name by sticking it on their ugly shrine to anti-American thought and mediocre football?  I consider that defamation of the highest degree, sirs, and you shall be hearing from my lawyer in due course.

GENE KEADY -- What a fucking douche.  Just accept that you're bald.  That hair helmet isn't fooling anyone.  Oh, and get that old bastard off the BTN already.  The best thing about retirement is that old fucks like him are supposed to ride off into the sunset, not hang around on a specialty channel to torment us with their verbal diarrhea for months on end in the long, cold winter.  And don't think we've forgotten about his actual hoopyball teams, the ones that kept getting in the way of Dr. Tom leading Iowa to a regular season Big Ten title.  We hate them, too.

BRIAN CARDINAL -- Look, sir, we know a thing or three about prematurely bald guys of ambiguous height that have surprisingly smooth jump shots and excel at cleaning up the glass and doing all the dirty work on the basketball floor... and, sir, you are no Greg Brunner.  We don't even care that you've had a ten-year NBA career; we all know that's just because your NERD SCHOOL comrades loaned you their mind control ray to use on NBA front office types.

ROBBIE HUMMEL AND ETWUAN MOORE -- For being good at this baskets-ball thing we've been hearing so much about.  It's not fair.

GLENN ROBINSON -- SERIOUSLY, STOP FINDING GUYS WHO ARE SO GOOD AT THIS BASKETS-BALL THING. They keep kicking our ass and it's really getting old.

CARSON CUNNINGHAM and CHRIS KRAMER -- Even their plucky/scrappy white guards who achieve at a level far beyond their athleticism are annoying, particularly since they always seem to blow up when OUR MOST HATED RIVAL is playing Iowa.  Frankly, we're pretty sure those mad scientists at OMRH just cloned Cunningham and named the clone "Chris Kramer" just so they could let Cunningham keep fucking with us.

WILL PERDUE -- What a gangly-legged, awkward motherfucker.  He was so terrible he made Michael Jordan hate basketball so much that he retired to play baseball for a year and a half.  Thanks for spoiling the chance at an eight-peat, you fucking oaf.

STEVE ALFORD -- Alford's from Indiana.  Purdue's in Indiana.  GUILT BY ASSOCIATION IS STILL GUILT, ASSHOLES.  Furthermore, Purdue failed to nip this menace in the bud when they had the chance, when he was but an arrogant young stripling hoisting jumpers for the Hoosiers just down the road from the Boilermakers' secret lair. Their failure eventually became our almost decade-long nightmare in the Aughts as he took over the Iowa hoopyball program and, well, just thinking about it gives us frowny faces.  So thanks for nothing, Boilermakers.

MATT PAINTER -- Is a terrorist.  We established this a long time ago, alright?  When he stops hating America, we'll stop hating Purdue.  (OK, that's a damned lie; we'll never stop hating OUR MOST HATED RIVALS.)

So who do you hate?

* By which we mean that it's long, thorough, and full of vindictiveness, not that we hate Paul Newman.  Who could hate Paul Newman?  Well, Purdue could, since he represents rugged American manliness, the antithesis of their sniveling Communist weakness.