You heard me. We just rocked the Pee Coats and Chris Myers made us America’s team, all in one night!

I’m sorry, I can’t hear you over the Boise State feel good story we are still writing and Mac Brown’s press conference.

Whatever. Well, we return almost everyone so you are going to have to deal with us again next year. In the words of Shevardnadze, "We’ll be back."

You mean Schwarzenegger. And the quote is "I’ll be back" not "We'll be back."

So suddenly you're interested in preciseness and details? Please. 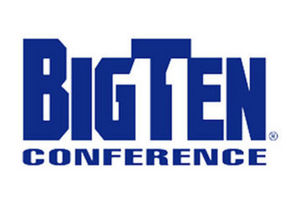 Hey, I hope you guys plan to play fair here. The Big Ten’s upper tier not only won all their games, they demolished their opponents. The games were not anyhere as close as the scores indicate.

Can’t you see we are under the covers with Alabama right now? How about a little privacy for goodness sakes.

But we just played the Orange Bowl, a BCS game. And we won. Big. Where are the articles? Where is the love?

Hey Roberta Flack, listen, media love is not about play on the field. It’s about hype and propaganda.

So what are you saying here? Our players gotta act like fools and our coach has to make endlessly grandiose claims about our team and stuff like that?

No, no, no. We aren’t seduced by player misbehavior nonsense or outrageous coaching claims. We cover what the public wants to know about. Don’t kill the messenger. You’re just not that interesting.

And what about us?

We're interesting. We just set records this bowl season. We beat four teams ranked in the Top 15. We are the only conference to ever do that. Did it twice, including this year. We destroyed media darling Oregon in the Grandaddy, we took out the most storied program of the last 25 years in Da U, we took out a two time National Champion of the past decade in LSU, and we utterly dominated the Evil Genius.

It’s one year. You’ll be back to your old tricks next year. We’ll probably rank Ohio State too highly and they will lose to Miami before the ink is dry. We’ll fawn over Penn State who will lose to Alabama, per always. We’ll sprinkle some attention on Wisconsin and they will do the unthinkable somewhere along the line.

And us? What about us?

Two words for you in the big boy britches: Iowa State.