Iowa Picks Up Commitment From Hitchens at Strong Safety

Share All sharing options for: Iowa Picks Up Commitment From Hitchens at Strong Safety

We're happy to announce Iowa's latest (and possibly last) commitment of the season. In response to David Cato's inevitable transfer, Iowa offered a safety in every sense of the word: he plays safety, and he was a safety pick, one who wouldn't have been offered unless something went wrong (see Cato, David). And fortunately, we were able to secure an exclusive interview with the man himself. Ladies and gentlemen, Christopher Hitchens! 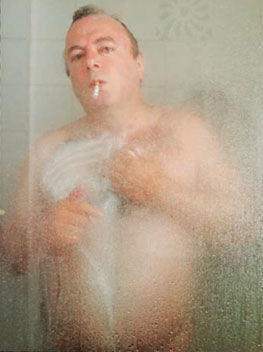 What in the fuck do you want.

Well, we just... did we... did we catch you at a bad time? Normally people don't respond to our requests in the shower.

No, I'm just enjoying a cigarette. You're fine.

Is this--I'm sorry for dwelling on this, but you're rubbing soap all over yourself.

Yes. And having a cigarette.

I enjoy simple pleasures in life. Now do you have a question or not, because I've many more important things to think about than some banal, jejune sporting website. Make it quick.

Well, okay. Why, if you compiled such gaudy statistics as a running back, do you think you're best served on defense?

First things first, I haven't got the foggiest what a "running back" nor do I care to hazard a guess. If it implies cowardice or moral equivalence, you're tragically misinformed, as Americans so often are.

Wait, hang on. We don't really talk politics here at BHGP. It's one of our two taboo subjects--way too divisive. Nothing good ever comes of it. Let's get to a different topic. Anything other...

May we discuss the cruel, pernicious influence of religion on modern society? Only the most awful of cretins--

Have you gone mad? What on earth would be the use of interviewing me with those topics declared out of bounds? Also, I assume you've got Scotch and your inability to ply me with it is just an ill-executed practical joke.

Well we--talk to Hawkeye State about the whiskey, he's good for it--

--we wanted to talk about football.

Do you mean the African Cup of Nations, a nonsensical, inconsequential charade amid humanitarian conditions that are beyond repair and only declining? Is that your concern with the African continent, you cretin?

The, um, the football you play.

I've so many more heads of fundamentalists, despots, and Arsenal fans I'd rather kick than a footy ball.

Wait... are you not going to play safety for the Iowa Hawkeyes in the fall?

I am a 60-year old native of Portsmouth without so much as a casual concern for American football. Also, I have been rubbing soap over my prodigious, liquor-engorged torso for the better part of 20 minutes.

Right. We feel dumb. But who's this "Hitchens" character we need to talk to? 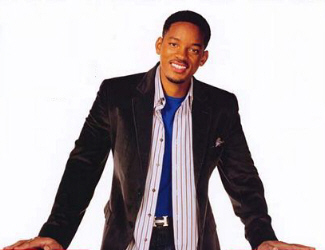 Yeah, so do you. You look like a cat I talked to a while back who was short, dumpy, and hopeless. I helped him out and I bet I can help you. Here's the first thing about women...

Whatever, I'm wearing shoes. So, I hope you're the person I want to talk to.

I get that all the time.

So, says here you're from Ohio.

WEST PHILADELPHIA I WAS BORN AND RAISED

ON A PLAYGROUND'S WHERE I SPENT MOST OF MY DAYS

CHILLIN' OUT MAXIN' RELAXIN' ALL COOL AND ALL

SHOOTIN' SOME FOOTBALL OUTSIDE OF SCHOOL

That doesn't even make sense!

WHEN A COUPLE OF GUYS SAID WE'RE UP TO NO GOOD

STARTED MAKIN' TROUBLE IN MY NEIGHBORHOOD

I GOT IN ONE LITTLE FOOTBALL AND MY MOM GOT SCARED

Good heavens. I don't mean to interrupt this delightful tale, but I'm afraid I've lost my pants again. Have you got any more scotch?

I hate this job.