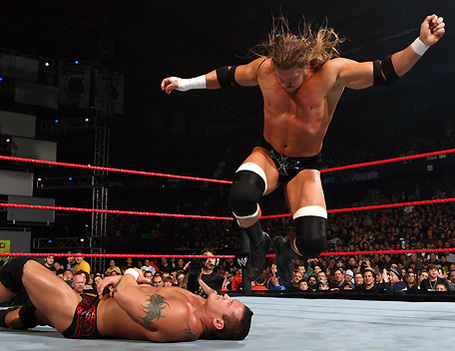 This may be what happened in Metcalf's match.  YOU NEVER KNOW.

The #1-ranked Iowa wrestling team finished up its two meet road trip by going into West Lafayette and giving the citizens of the Hoosier state the most dominating performance of the day (suck on that, Colts) and routing #25 Purdue, 41-6.  That's pretty much a textbook example of a good old-fashioned ass-whupping.  So how'd it happen?

Next up: #13 Penn State on Friday (7pm CST) as Cael Sanderson makes his return to the state of Iowa for the first time since taking the Penn State lucre and running off to State College.  I'm sure Iowa fans will be very accomodating.