WE'RE TALKIN' BASKETBALL: Nittany Lion? No, But I Stitched A Tiger Or Two!

Share All sharing options for: WE'RE TALKIN' BASKETBALL: Nittany Lion? No, But I Stitched A Tiger Or Two! 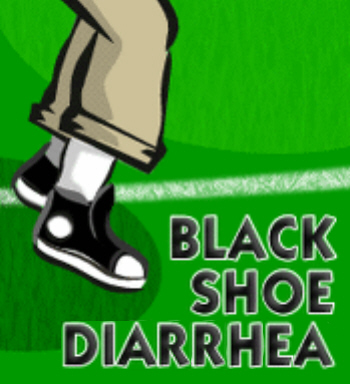 Okay, people. We need to brace ourselves for the fact that if Iowa doesn't win this game, they could quite conceivably not win another game for the rest of the season. No, really; if they can't beat fellow 0-4 BXI team Penn State, who is wretched, there's scarcely any hope for any of the remaining 13 games. Then, as prophecy decrees, they rip off four in a row and go to the NCAA tournament anyway as the first and only Big Ten team to ever participate in a play-in game. We've been over this like a thousand times.

Amazingly, the game is televised; the BTN was benevolent enough to go ahead and give us the 12:05 (1:05 if you're in the Eastern Bastard Time Zone) slot for the game; we suspect it's because Gary Barta and Tim Curley told the network it was a wrestling meet. Because honestly, TV cameras belong at this game about as much as they belong up Katie Couric's butthole. Oh wait. Shit. NO, we don't mean shit as in that's what they found in... you know what, let's just move on.

We're posting the thread a little early so everyone can get their predictions in before tipoff. And also so we can accuse Reading Rambler (who, we'll happily point out, was the 6th most active commenter on BHGP; Hawkeye State, by comparison, was #7) of being a diarrhea lover for a good two hours before the game begins. Seems only fair.