Share All sharing options for: 2-PAK: Rest in Peace

Shortly after the game on Saturday, Paki O'Meara was seen leaving the parking lot at Kinnick stadium in a 1996 BMW 750 sedan with a large African-American man, whom police believe may be the founder of Death Row records, Suge Knight.

It was later confirmed that they headed to the Coralville Strip.  Their vehicle was stopped on the south end of the strip by a bicycle cop for playing their music too loudly and for not having license plates displayed.  While they were pulled over, a photographer snapped this picture.  It is the last known photograph of 2Pak. 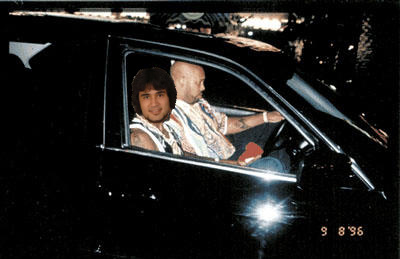 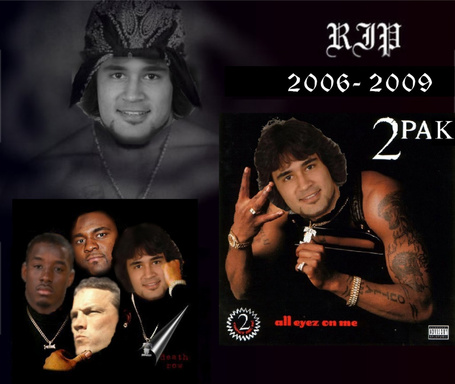