There's A Game On Saturday? Arizona MORE LIKE THE MILDCATS

Iowa's toughest challenge yet this season comes against an Arizona team that ended last season with a win over BYU... who just went down to Dallas and took out Oklahoma last week. Plenty of WAITWAITWAIT disclaimers to be thrown around those facts, but still, facts is facts. Vegas is putting the line at Iowa -4, which means those of you unscrupulous enough to actually bet on Iowa games are probably in for an ultra-stressful weekend. So who're we giving the edge to? Read on, children... read on.

With Iowa on defense

It would be disingenuous to say the offense revolves around Nic Grigsby--quarterback Matt Scott accounts for more than 250 yards of offense per game on his own--but the odds are a lot better that the Cats win on the ground than through the air. Grigsby is the rare home run threat in a pro set, something of a Tavian Banks-esque relic. But kid can move.

Arizona's offensive line goes about 320 per across the board, with both guards over 330 pounds. What should that tell you? Eh, not much. ISU's line was also big, and they didn't really push Iowa around. Further, even with Bulaga around, Iowa's line is about 25 pounds lighter across the board, and nobody thinks the Hawks' line sucks or is undersized. Skill's more important than size--well, once you get above 275, anyway.

The problem is that as Austen Arnaud and Pat Grace demonstrated, when Iowa has two running threats to account for in the backfield, they usually end up stopping neither. Both teams ran on Iowa with a surprising amount of ease; considering Scott has logged about 65 yards per on the ground this season (yes, it's totally shocking that NAU didn't shut Arizona down), A.J. Edds and Pat Angerer might be in for a long day of pursuit tomorrow.

It's not all bad news, though. As we mentioned before, Arizona's probably not passing to beat Iowa; they're missing a legitimate weapon at TE in Rob Gronkowski. El Gronko, as nobody calls him, is still sidelined with back problems. Add to that the hamstring issues lingering on top receiver Delashaun Dean (he's back, but we'll see how effective he can be), and it seems pretty obvious that Iowa's top priority is going to be shutting down Grigsby.

As for Scott, as we mused earlier, we imagine Tyler Sash is going to be spending a good amount of time creeping into the box and letting Greenwood mind the deep routes (eight days ago, that sentence would have been met with substantial trepidation here). Sash, Jeremiha Hunter, and Edds are all capable of spy duty if Scott gets an itch to run; we'll see if Dr. Octopus goes that route or leaves that task to the guys in short pass coverage.

As Bellanca noted earlier today, Grigsby's in the mold of a tailback that Iowa shut down with frightening regularity last season. That should continue Saturday. 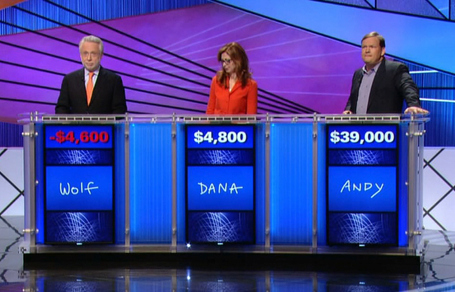 With Iowa on offense

Okay, so things still aren't back to normal, but the situation is hardly dire. Bryan Bulaga's still likely out, but Riley Reiff didn't look too bad in relief last week. Ol' Reliable, Tony Moeaki, is nursing a bum ankle; Allen Reisner is an experienced (if pedestrian) replacement. And there's also whispers that Derrell Johnson-Koulianos tweaked his ankle over the course of the week. Scary, yes, but if there's one deep position on offense for the Hawkeyes, it's wideout. The top three wideouts will probably be Marvin McNutt, Trey Stross, and Keenan Davis; Iowa should be fine there.

And then Rick Stanzi. Ohhh, Stanzi. Kaiser Von Manzi is gleefully removing the last glimmers of color from Kirk Ferentz's hair; at this rate, KF's going to go whiter than Ted Danson by the end of the season. And while Stanzi seems to be settling into a somewhat predictable pattern (1st quarter: suck beyond belief; 2nd quarter: do nothing; 2nd half: annihilate all defenders), the first half bedwettings have to stop. Iowa can get away with it against the little brothers of the state; I'm not so sure they can against a stingy Zona defense.

Adam Robinson's getting the start over Brandon Wegher, though that seems like a less meaningful distinction than usual. After all, if the game's 17-13 and Iowa's got one drive left, we're pretty sure Wegher's going to be in the backfield, not Robinson. And if it's Paki O'Meara, we will find a puppy and shoot it. A cute puppy.

We would spend the next few paragraphs musing about the Arizona defense, but that would be impossible, since--as regular podcast listeners already know--they haven't been on television this year. They've shut down Northern Arizona and Central Michigan, which is about as impressive as shutting down Northern Armenia and Central Mauritania. Okay, that's not fair to Dan LeFevour and Central Michigan, who are actually good. But this is going to be their toughest test of the year too.

It won't be pretty. Not at all. Until he proves otherwise, we're marking down Stanzi for an early turnover or two, stunting the Iowa offense's early production. But for Stanzi's early struggles, we're thinking Scott has a worse game for longer. And while Kirk Ferentz is 39-22 against the spread at home, Mike Stoops loses football games. An Arizona win simply goes against both men's pedigrees.

Our initial thinking was 19-10, but past performance suggests Arizona ought to be able to get at least an easy field goal off of one Iowa mistake. So let's say 19-13, Hawkeyes, in an oft-ugly game of the "get the W and get the hell out of here" variety. No top 25 without a lot of help from teams above Iowa, which probably means no GameDay at PSU for next weekend. We're all right with that.