Share All sharing options for: GAMEOPENTHREADLIVEBLOG: KEEP THE FAITH 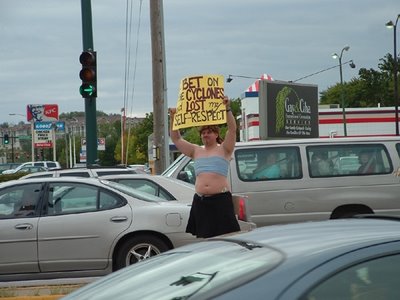 Get out the hard liquor. Close the blinds. Load the shotgun. That's right: It's time for the Iowa State game.

11:00 CST kickoff from Jack Three Times, televised on FSN/Comcast SportsNet with coverage by three guys I've never heard of. You know the drill. Let's get it on.