It's Not Plagiarism If You Link To It Gets Rolling

Share All sharing options for: It's Not Plagiarism If You Link To It Gets Rolling

The Water Carrier.  For those of you looking for a new paint job on the water tower, don't hold your breath:

University of Iowa officials have discussed painting the water tower near Kinnick Stadium but have no plans to make a decision in the immediate future.

A recent online petition, created by UI graduate Derek Yoder, urges the painting of the white water tower near Kinnick. The petition had more than 3,400 signatures Tuesday....

"Right now one of the key issues is paying for the project, especially given the current economic climate," Moore said. "Would this be seen as a necessity or not?"...

Frankly, given the volume of email I've received on this subject, I expected more than 3,400 signatures on the petition.  More importantly, though, if it really costs Facilities Management $370,000 to paint the tower (which, at first blush, feels like military-industrial complex-level excessive budgeting), I can't justify the cost.  If we're going to do it, Morehouse has the right idea for the new design. 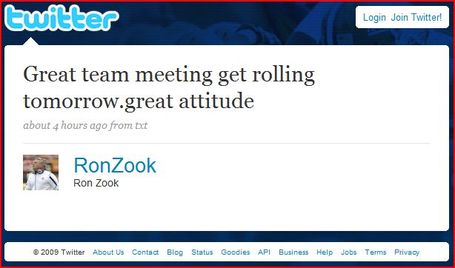 That'll Buy 900,000 Bags of Sour Patch Kids from the Dollar Store.  For agreeing to come to Kinnick and get mollywhopped on October 3, the Arkansas State Red Wolves will receive $900,000.  Morehouse points out that the staggering inflation in the cost of cupcakes (Auburn just agreed to pay Arkansas State $1 million for a game next season) could be the most significant factor driving the movement to add a ninth game to the conference schedule:

The price of filling the odd open home date could more than anything else drive the Big Ten into a nine-game league schedule. Right now, Big Ten teams have eight league games and four non-conference. Since the 12th game has been added, a market for short notice, fill-a-date home games has developed, thus the nearly million dollar price tag on the Arkansas State game.

Iowa’s non-conference mode is Iowa State, another BCS school in a recruiting area (Pitt) or heavy alumni area (Arizona), a MAC-type (Ball State in ‘10) and, in recent years, a quick fill-in with a price tag for another home game.

"It’s become quite a competitive arena," Iowa coach Kirk Ferentz said at Big Ten media days. "That’s the landscape that’s out there right now. It’s tough. I think most of us sitting here in this room would rather have that extra home game, for obvious reasons.

"It’s getting tough to put a schedule together. . . . Everybody’s got bills to pay."

The problem with a nine-game conference schedule with 11 teams, as discussed before in other places, is that it requires a mathematically impossible 99 games; someone has to play 8, and would therefore need an additional non-conference game at the last possible moment.  If you thought it was expensive to pay for a sacrificial lamb one or two years prior to the schedule date, try to schedule one 6 months before kickoff.

The easiest way to deal with this problem is to get an even number of teams, either by finally recognizing that Notre Dame won't join the conference and adding Pittsburgh, or performing the long-needed conference appendectomy by excising Northwestern.  Frankly, I would prefer the latter (and this isn't a jNWU thing) if it meant a Pac-10-like 9-game round robin conference schedule.

Outside Programming Notes.  Oops Pow and I spend a decent chunk of August writing previews or appearing on podcasts for our Blogfrica allies.  If you can't get enough of our James Joyce-esque prose, you can take a look at OPS's Iowa preview posted yesterday at Blog Ten, or my answers to a couple of questions from the boys at Eleven Warriors from this morning.  Note in particular our fundamental disagreement on how the defensive line will shake out, then extrapolate which position will probably close out ATP 2009.