Share All sharing options for: The Worldwide Leader In It's Not Plagiarism If You Link To It

Tim Brewster's New Career.  When he is inevitably fired, we know where he can go. 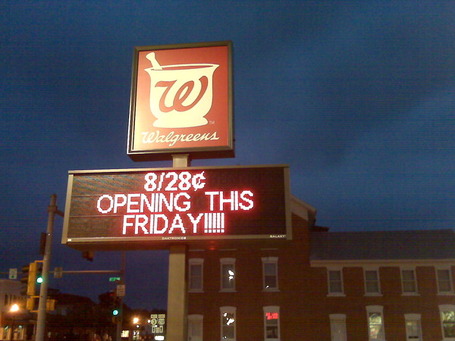 The Shout-Out.  We don't write about it often, but OPS and I never could have imagined just what BHGP has become.  Two years ago, we were writing at separate blogspot addresses with readerships not much larger than our respective circles of friends.  So when we now see our name on the New York Times website, or get help from the biggest of big dogs in taking down the Register for its feudalistic idiocy, or receive politely-worded requests from the Leman family (we're not getting into that one), or start a debate about our secondary that is seriously discussed by the best sportswriters in the state, it's a little surreal.  Rarely is it stranger, though, than when a t-shirt we created last fall - a shirt that sold about 6 times before a cease & desist letter from Fred Mims brought it to a close - gets mentioned by ESPN:

Best Case: The Hawkeyes pave the road in black and gold, the defensive line holds together and "Stanzi is the Manzi" T-shirts are worn all across the state.

That is through the looking glass, my friends (and, of course, Cairo provides the greatest Stanzi t-shirt photoshopping of all time).  Anyway, none of this happens if you guys didn't read and comment and recommend our posts on message boards and email links to friends, so thanks.

If This Bus Is A-Rockin'...  Iowa finally got its turn under the BTN spotlight last night and made virtually no news.  Morehouse attempted to summarize what he saw.  Fight for Iowa did the same.  For what it's worth, here's what we caught: