Dr. Strangename, Or How I Learned To Stop Worrying And Love The Paki-Bomb

Share All sharing options for: Dr. Strangename, Or How I Learned To Stop Worrying And Love The Paki-Bomb

Okay. So it's been a full season since the original Paki Scare. That whole situation ended well, right? We worried, but we didn't need to, because everything worked out just perfectly, yessir.

And so here it is before the 2009 season, and here we are again. Hampton re-tweaks the same wheel he was just getting back into shape, causing him to miss the Open Practice, and by all objective accounts Paki O'Meara was the best running back at the open practice. Not Jeff Brinson... Paki O'Meara.

So, assuming Hampton's not ready to 100% rock and Brinson's not there, especially in terms of things an Iowa running back needs to do without the ball, it's Paki Time and this is not a drill people.

But you know what? 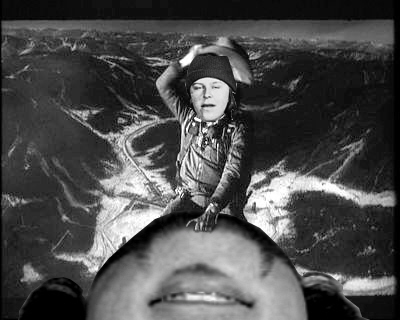 You may have questions about the whole hat dynamic going on there. To which we say: Shhhhhhh.

So be it. No, he's not a dynamic rusher, but there's more to being a running back than that, and it appears that O'Meara's the best on the team at those things.

Remember what made Greene great--aside from his improvisational skills in the open field? It was his ability to read blitzes and take out rushers. He didn't put his hands out to stop a man, he put his shoulder pads straight into the guy's thighs, dishing right back out what he took from linebackers on nearly every run. Well, O'Meara's just as fearless a blocker, leading me to think that maybe O'Meara taught Greene a thing or two about backfield play.

As athleticism goes, O'Meara's not that bad. He even blocked a punt last year. Or at least we think he did. Either way, he got there before the punter, hit the punter with his ass, and made the punt go like 10 yards before spiraling out of bounds. He also got close to blocking a Penn State punt, but--you know what, let's not get into how horse's-shit that call was. What we're getting at is this: he's not a blazer, but his abilities are serviceable.

So perhaps he holds Jewel Hampton's place for a game or two. Perhaps Jeff Brinson's best served platooning with the Paki-Bomb. Perhaps when this season starts, this will be Episode 1 of the Paki O'Meara Show.

So be it. Onward we march. Pour us a couple Paki Bombs.