It's a TREMENDOUS Life, Part 1

Share All sharing options for: It's a TREMENDOUS Life, Part 1 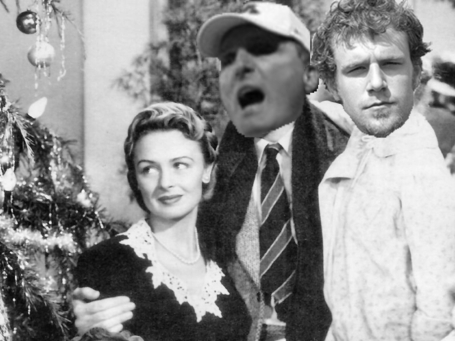 We built it with some basic revenue projections.  The new stadium holds 48,000, so we need to sell about 34,000 season tickets to break even.  If we don't sell that many seats, we can't make the progress payment to the bank for construction.

Well, how many TREMENDOUS COMPETE BEAT IOWA TERRIFIC season tickets have we sold so far?

Should we WIN FIGHT TRY have a bake sale?  That always worked for me!

How about a car wash?  We could call it a 'topless car wash,' then not wash the tops of the cars LOL.

Why did you say LOL?

No.  There will be no car wash.  And stop talking in Twitter.

So what are we going to do?

We're out of options, Tim.  TCF Bank is going to foreclose on TCF Bank Stadium.

It's like rain on your first day in your new stadium.

It's a free ride when you've already failed to get a passing ACT score.

EVERYBODY'S GOT A PRICE

Tim, I think it's best you go.  There's no need for you to watch the final demise of Minnesota football.  We'll discuss your contract some other time.

I can't beat Iowa.  I can't beat Wisconsin.  I lost the jug to the worst Michigan team in a generation.

I wish I never would have been hired as head coach. 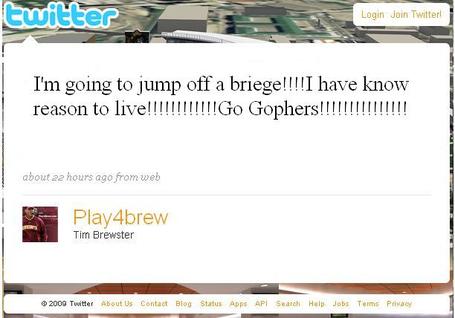 Yeah, Nagurski was a good player.

The guy from the Bills?

No, the other one.

Oh, yeah, he was pretty good.

Did you hear that?  This is your chance!

Chance to get your wings!  You have to save Tim Brewster!