Share All sharing options for: It's Not Plagiarism If You Link To It Is In One Of The Best Places You Can Go

If caring about recruiting is creepy, go get me a moustache and a minivan without any windows in back: Give the football program credit: they know how to keep themselves in the news during the offseason. Between Jewel Hampton's knee's soap opera and the spate of recruiting news, it's been a Hawkeye headline kind of summer. Plus nobody's been arrested in hours!

Now we've got yet another recruit in the fold, and yes, it's a giant Midwestern kid. How did you know?! Say hello to Andrew Donnal, a 6'7", 265 pound lineman who appears to scream OT... or cornerback if Ferentz is on the good drugs. Donnal's a 4-star player from Ohio who had offers from most of the Big Ten, so eee quality eeeee. Donnal knows what Seantrel Henderson should figure out very soon (emphasis ours):

"The coaches are great and the players have nothing but good things to say about it, so I think it’s going to be a great fit. Plus if you’re a lineman, Iowa is definitely one of the best places you can go."

That all said, he's definitely got room to grow in terms of size and athleticism (he only reports a 5.5 40-yard-dash, and we need our linemen to sprint 40 yards in a straight line quite often), so depending on how much he buys into the Doyle System, he could be special. Or he could suck, whatever. Up to Donnal, really.

Context?! You want context? No you don't. Just look at him go! ... Fine, via FilmDrunk.

Tell us, Shonn, are you awesome or the awesomest?: The Sporting News (full disclosure: my weekend employer) has a Q&A with Shonn Greene that went up this weekend. It's fairly informative, if still moderately fluffy. For example:

Q: Did you hear about the comment Ryan made about you being the sort of back who can pick up tough yards between the tackles in the fourth quarter?
A: Yeah, somebody said something to me about that.

Q: Is that something you can do?
A: Oh yeah, absolutely. The fourth quarter is when the defenses start to tire out. And with a guy like me, if I keep pounding the ball, I can be effective wearing them out.

The correct next question, though, would have been "But there really wasn't much of that at all from you during the first half of the season last year." Even as Iowa fans and unabashed Greeneiacs, we have to admit that as Greene played his way into game shape in 2008, it was usually three, not four, quarters at a time. Granted, that was no longer a concern by the time 55-0 happened, and there should be no way that Greene as an NFL back would get out of game shape, but you've got to let the evidence speak for itself.

This will be the last time we ever say anything negative about Shonn Greene, who should be President in 2020. He'll be 35 by then, after all; that'll do.

Bring it on, you stupid, uh... hang on, let me Google it... Bears! Stupid Bears!: Still seething after Missouri State pawned head basketball coach [NAME REDACTED] off on us a decade ago, the Iowa athletic department has scheduled the Bears for a 2013 game. Should Iowa exact its revenge on the gridiron, the overall Pwnage Score will be Missouri State 4258, Iowa 3. Like Mo State gives a shit about football.

It's been a while since we heard from the Brew Dawg, and that ain't right: Would somebody in Minnesota explain what Brewster means by this, or at the very least translate it into English?

Great meeting yesterday at Craguns! Dutch and Irma are the best! The Gopher Nation is ready to "Ride"!! Have a great day! Go Gophers!!

Craguns? Are those like bigguns that are craggy? To demonstrate such horrible breasts, here's a helpful illustration: 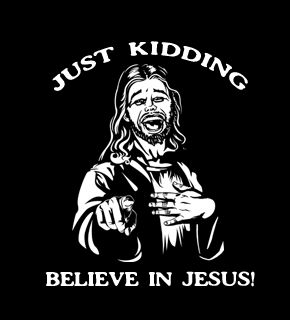 Briefly... The Only Colors has found the awesomest shirt a linebacker can ever wear (halfway down). Ferentz, make it happen. The Tigerhawks (and uniform numbers) were kind of played out anyway. ... Myers Voorhees, with the emphatic rejection! ... This conference reorganization idea is just stupid enough to, um, be stupid ... Finally, I was really proud of writing this article about the worst logos in sports, featuring "Emo Pony and the Care Bear Stare." You can have that as a band name if you want. My treat.