It's Not Plagiarism If You Link To It: June 1

Share All sharing options for: It's Not Plagiarism If You Link To It: June 1

Caring is still creepy, but Iowa picked up its fourth verbal commitment for the class of 2010 over the weekend in the form of Maryland DT Anthony Ferguson.  He is the high school teammate of fellow Iowa commit Jim Poggi, and plays his high school ball for Biff "Make like a tree and go to Iowa" Poggi.  Ferguson turned down Penn State, so SUCK ON THAT RUTS WOOOOO PWN3D STATE!!!!!!!!

Interesting use of the Modified Stableford Scoring...what?  That was the actual score?  Ouch.   Iowa golf finished the NCAA tournament alone in 17th at +35.  That score might sound high, but was actually good enough to beat 3 Big Ten squads which had previously beaten the Hawks at the BXI Championships (including BXI champion Illinois).  Given that Iowa was the 30th seed, and a top 20 finish was considered "a great tournament" by Coach Hankins, it was a rousing success. 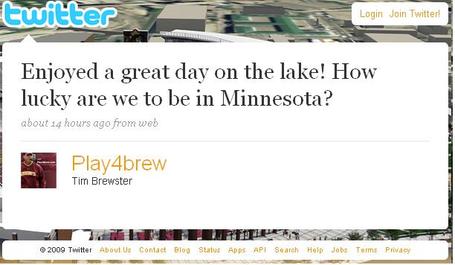 Tim sounds...actually, he sounds like a reasonable human being today.  Someone check his medication.

Minutiae   11W interviews former Iowa quarterback (and current NFL Network news guy) Paul Burmeister, who says Iowa is "a team that should win eight games, with 9 or 10 a possibility."  Cyler Sanderson and Tyler Clark granted releases by ISU; Cyler will join Penn State for his final season.  Michigan recruits put on a little skit during the U.S. Army All-American Game (yeah, that always works out well).  Oh, and 97 days to football. Just wanted to throw that out there.