This offseason has not been an especially strong testament to the institutional wisdom of the Iowa basketball program. First, we lost all three returning point guards and El Presidente, all pretty much on the same day. Then Matt Gatens was passed over as team captain so we could properly reward Devan Bawinkel for... whatever. Like Bawinkel's a better fit than Gatens to finish the sentence, "On and off the court, the player that sets the best example for his teammates is _________." Anger rising again.

And then there's this. Tucked inside the article from yesterday's captaincy announcement was this nugget from Lickliter:

Well, that sounds neat. Then Doc found out a little more about this transfer, and surprise! It's another guard:

Johnson, who will be a junior, could be offered a scholarship this weekend. He would have to sit out for one year, but placed under scholarship.

It sounds like he runs the point, so that's pretty neat. Of course, Lick has had a tenuous-at-best relationship with his guards, so if one's going to actually transfer in, we could safely predict that this kid is, y'know, Lick's kind of player, right? Wait, why are you cackling maniacally?

Johnson, who stands 6-foot-2, brings a tough, but admittedly hard-headed approach to basketball. He’s had issues with coaches because he integrates Houston street ball with his point guard responsibilities. 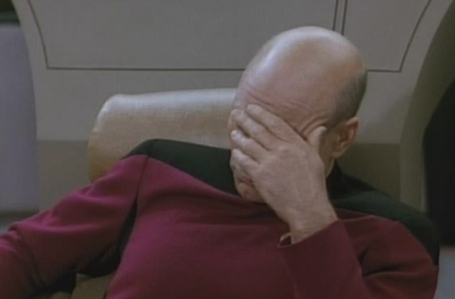 Okay, look. We're talking about a coach under whom literally every single point guard at Iowa has left early. So he wants to bring in a kid who already played that exact same card at another school and make him sit on the bench for a year? That's the good idea at work here?