It's Not Plagiarism If You Link To It: May 29

Share All sharing options for: It's Not Plagiarism If You Link To It: May 29

This, less so: We have a picture of the virtually final product from Legendary Kinnick Stadium. As expected, they ignored our suggestions and went italic: 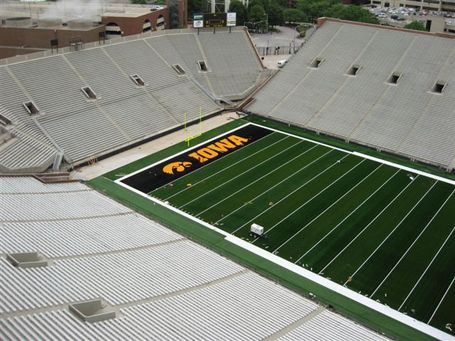 Here's the thing. Rebranding in a period of success, especially in a perniciously volatile industry like college sports, is a dangerous activity. If the success continues, of course, then it doesn't really matter very much what the hell you do with the logo and branding: Florida could switch to a mascot with a Viking helmet and a giant exposed schlong (foam, of course), and as long as Urban kept winning 10 games a year, people would buy.

The issue comes up when things go south. Legendary Kinnick Stadium (or Ledge Kin Stay, as the cool kids call it) always draws an assload of fans, but should things turn for the worse during the course of the year, the last thing you want is a constant invitation to fans whose butts are already in the seats that change occured and the program's worse off. Why? Because unlike TV viewers who are forced to spend most of the time looking between the 20s (or at commercials), on-site fans are the real source of dollars coming into the program. As you change positive familiarities, you reinforce the notion that things "just aren't the same" during a low point, and you do a poor job of discouraging fan flight. 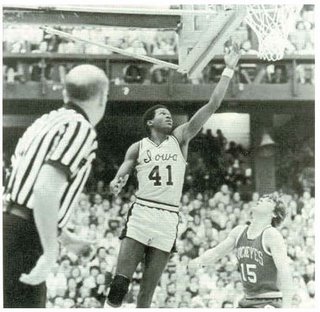 Here's how bad [COACH REDACTED] was: we want this jersey back.

I mean, there's a reason why the script Iowa, seen above, is such a lightning rod of nostalgia, and it goes deeper than a simple enjoyment of the cursive form. Sports fans want reminders of success, and it's harder to remind them with a constantly shifting brand in front of them. 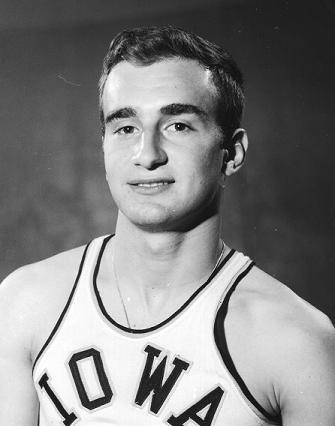 Fuck, we'd even settle for this if Ralph Miller came back. Wait, what do you mean, "he's long dead"? Bullshit!

But on that note, we were really getting used to doughy-armed white men: We missed this note from John Bohnenkamp, which is such an Iowan name, but the Iowa basketball team has a new S&C coach, and as you might expect, he's working the shit out of them:

"It’s been a brutal process," guard Matt Gatens said. "But it’s definitely been a point of emphasis."

"In this short time, I’m convinced he has us heading in the right direction," Lickliter said. "They’re strong, they feel better. There’s no negative attitude toward that."

"Lot quicker, more powerful," forward Jarryd Cole said of the workouts. "Lot of power lifts. It’s what we need, for sure."

The proof thus far, other than perfunctory "wow this is hard" quotes from team members, is Anthony Tucker. Unfrozen Caveman Shooting Guard has added 20 pounds of muscle to his frame over the off-season, and has gone from "weird high school science project with toothpicks" to "wow actually he could play in the BXI."

Of course, we have absolutely no idea what that means in terms of his ability to play ball or shoot the 3, but it's nice to see, for once, that we're not looking like a bunch of Screech Powerses tryng to post up some A.C. Slaters during conference play.

Aw, they're coming back for more: Morehouse gives the four downs treatment to Northwestern. It's so adorable that they think they'll win more than one game in the conference; after all, they're just Northwestern. Luck lightning never strikes twice at Ledge Kin Stay, boys! 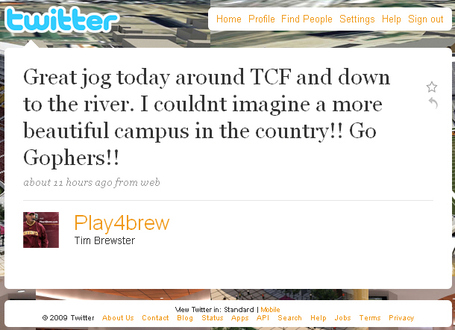 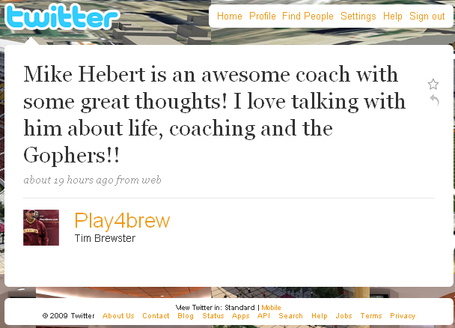 Brewster "only" brought seven exclamation points and a period today. Luckily, he made them count, especially in the larger sense of saying something totally insane, namely: "I couldnt imagine a more beautiful campus in the country!!" Really, Brew Crew? You just came from Austin Fucking Texas and you can't imagine a better campus than Minneapolis in late May? Not even, oh, every other college in America? Okay, except for Purdue. Purdue is horrible.