This New Field Is Stupid

Share All sharing options for: This New Field Is Stupid

As you might recall, Iowa is replacing the Legendary Kinnick Stadium* field after last year's total debacle of an ISU game. Well, we're happy to announce that Iowa has released the new field design, and here it is! 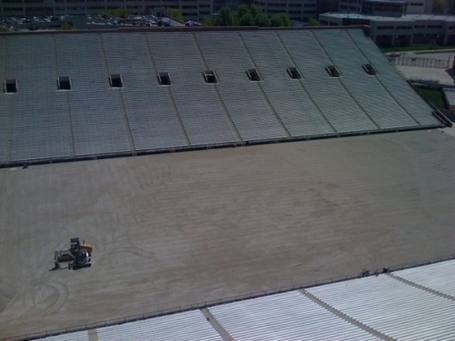 Okay, that's not true. I mean, yes, that is Kinnick, but they're not going full minimalist. That would just piss referees off.

No, there is going to be a new field design. Doubtless, the UI took special notice of BHGP's Design Roundtable and instituted our suggested changes, namely a pink sideline for the visitors, yes? 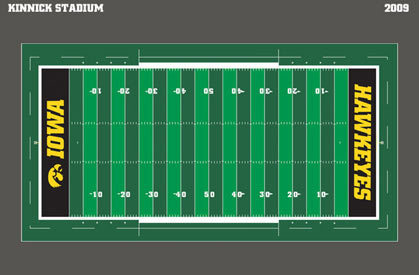 Sorry, but this is boring. Once again, there's nothing at midfield. The end zones look like the edges of the basketball court. And we'll just assume that we can chalk up the alternating colors between yard lines to artistic license and that Iowa isn't actually going two-tone on the field.

But criticism's nothing if it's not constructive. To that end, BHGP gladly presents our final plan for redesigning the field... the right way.

YEAH! Check that action out! We finally get a logo at midfield, a little excitement in the end zones, and even though you can't see it without clicking on the picture, yes, we included the pink sideline.  This is going to be awesome, just like it says on the field. Barta, make this happen and all is forgiven.

*We might have to just start calling it LKS to save ourselves some time. Kinda weird, since we were pretty sure his name was "Nile," not "Legendary."