REMARCHIFORNICATION BRACKET MADNESS ROUND ONE: WE'RE FIXING THAT THING OVER THERE

Share All sharing options for: REMARCHIFORNICATION BRACKET MADNESS ROUND ONE: WE'RE FIXING THAT THING OVER THERE

I studied for days!

I am a bathroom stall that is just fucking buried in semen.

Right, I don't know what worries me more.

Oh god, let's just do this.

Hey, I have a problem.

Not to fuck a dead horse, but I'm a bathroom stall that people sexed each other up in.

Bad grammar, but okay, what are you getting at?

You should talk. I don't have arms. I can't play this.

Well, bylaws say you actually have to connect four for this to be official, Ken.

Unfair? Unfair is nightly beatings from your drunk father until he walks out on the family on your 8th birthday, but not before he throws the cake and kicks in the TV. That's unfair.

Wow, that happened to you? I'm so sorr--

No, not at all. I'm just saying that's pretty unfair.

Can we get started already? I wanna win!

Black, for black and yellow, our colors!

Good, red is the color of blood, and I'm used to that!

Trust me, OPS; compared to the common man, you are nowhere near as perverted as you think you are.

Whatever. Go ahead and get this over with, Ken.

Get ready for the boom! 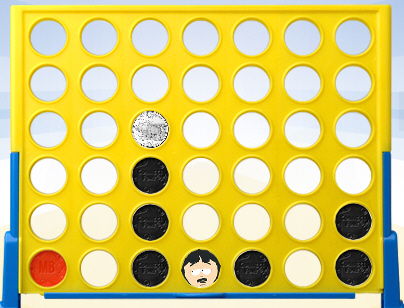 Okay, not only did you not put four in a row, but you put in one of the opponent's chips.

And a North Dakota quarter.

You're weird and we hate you.

Well, no, technically, you have nothing here that counts as four in a row of anything. We'd really prefer it if you satisfied those obligations with the game pieces in front of you, but we gave up on specifics with you long ago. So all you have to do is connect four of nearly anything and we can--- 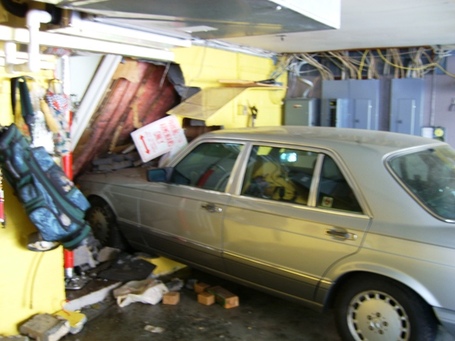 Oh sorry, a bartender must have put alcohol in my coke.

I mean, I was just going to be at the bar

and just hang out

and not dahrink at all

WE FUCKING GET IT AND YOU'RE A LIAR

Well, since you just hit both our candidates at 76 miles per hour, yes, I think we need to replace them.

Great! Now, my existence as a rhetorical device is unimpeachable.

I WILL RUN YOU OVER

"SHAUN PRATER'S EXCUSE" HAS TAKEN OVER KEN O'KEEFE'S SPOT IN THE TOURNAMENT.