Welcome To The Swift, Fiery, Horrific Destruction Of Iowa Basketball

Share All sharing options for: Welcome To The Swift, Fiery, Horrific Destruction Of Iowa Basketball

There's no way to sugarcoat this news or otherwise adequately prepare you for this news, so let's just get it right out: Jake Kelly is, barring a miracle, leaving the Iowa basketball team... and he's not alone.


(A perfect visual metaphor for what's happening in Iowa City.)

The majority of the Kelly rumors, which could be settled by as early as tomorrow (or today, or six months ago, depending on when you read this article), place him at Indiana State, much closer to his hometown of Carmel, IN. Sure, homesickness doesn't normally set in after two years, but recall that his mother had recently moved to Solon to be closer to Kelly. Just a few months later, she was killed in a plane crash, plunging the entire family into a sadness we couldn't possibly wish on the worst of our enemies. If Kelly wants to be closer to his family, we won't presume the authority to call bullshit or second-guess that decision.

What's far, far more troubling is the exodus occurring with the rest of the program. To the best of our knowledge, Jermain Davis did not lose a mother in a plane crash recently, yet the junior college combo guard has decided that he'd rather exhaust his eligibility at Minnesota State, a D-II school in Mankato, than with the Iowa Hawkeyes. 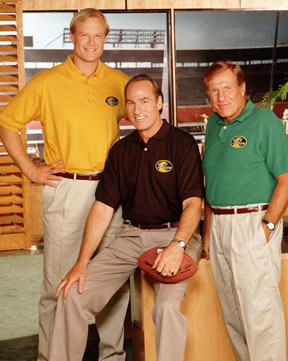 Davis, if you'll recall, was an important role player in Iowa's backcourt during the early season; he was key in Iowa's beatdown of ISU, scoring 16 points and adding 6 boards and 5 assists.

But Lickliter thought him better for the bench, and decreased PT combined with an injury meant that those 16 points Davis scored against ISU matched his entire scoring output for the last nine games of the season.

"I was just unhappy here," Davis said Wednesday afternoon. "I didn’t really understand my role on the team."

"The style that we play is just so slow," Davis said. "I like to play more fast-paced, and force turnovers and stuff like that."

No word on how exciting Mankato is.

Oh, we're not even close to done.

According to Dochtermann, Jeff Peterson is also gone daddy gone, his likely destination Missouri State. This is a mortal fucking lock for being an issue with Lickliter; Peterson was seemingly practically handed the starting point job coming into this season, and really has it for himself now with Kelly and Davis gone. Or had it, anyway.

We've written before that Peterson's bad tendencies boded ill for the Hawkeyes this season, but all the same, he was vastly improved over last season, especially from the field. Logic dictates that the rate of improvement would begin to decrease--he couldn't have put up .575 from the field, .917 from the line, and .525 from 3-point land next season, after all. But no matter your opinion of his performance, he's the kind of guy you keep around for the sake of experience, depth, and program continuity. Unless your name is Todd Lickliter, of course.

By the way, this completes Iowa's slide from "Every player who logged minutes at the point this season is coming back" to "They're dead; my God, they're all dead." Just worth pointing out, considering Lickliter's penchant for a guard-dominated offense.

Remember Chanse Creekmur, last seen dunking on what was at least an 8'6" rim over a car?

There's lotsundlotsen rumbling that this revolt started in part over the mistreatment of David Palmer and Lieutenant J.R. Angle by Lickliter (we're pretty sure the seeds of discontent were sown well before this season tipped off; more on that later). While Angle is finally graduating (after not seeing one single second of playing time on Senior Day; the Angle family thanks you, Lick!), El Presidente has another year of eligibility.

Palmer also graduates in May, according to Dochtermann, and unless there's a graduate program in Iowa that he's in love with and he's wanting another year with this program, Palmer'll be hitting the ol' dusty trail too. This is the only departure of the group that's stuck strictly in the realm of "conjecture" at this point, but after getting done so hard that multiple players are walking off the team in disgust, why would Palmer even consider coming back? That's so El Unpresidential.

So... how was your Wednesday?