Share All sharing options for: So Who's Drafting Shonn Greene, Anyway? : AFC East

Mr. Greene is still riding high, as you might imagine, after the most productive season in Iowa tailback history. He recently gave an interview down in Doak Walker country, for obvious reasons, and seated next to him was Cowboy legend Calvin Hill. Here's the video (sorry, no embed, because the Dallas Morning News hates us for not sporting Cowlishaws).

You might notice at the very beginning, when an unspecified voice announces, "the Cowboys have just traded up for Shonn Greene," to widespread laughs. We're not presenting that as evidence of THAT'S DISRESPECT, but merely to point out that as 1st and 2nd round draft picks go, there's no goddamn way the Cowboys draft Shonn Greene. Not with Flozell at LT and the legally dead Zach Thomas manning one of the ILB spots. Backing up Marion Barber is much farther down on the priority list, even if Greene is way better than TC.

So where is Greene going to go if he's a first day draft pick? Luckily, there's a finite number of answers, so let's start in the AFC East.

The Bills' offense was meh-to-below meh this season, but the man at fault was not Marshawn Lynch, the 2nd-year man out of California, where he was best known for tooling an injury cart around the field after a win. Repeatedly. Lynch has rushed for over 1000 yards in both of his seasons in Buffalo, popularized the phrase BEAST MODE, is the same age as Greene, and will probably be a Bill for a long time. 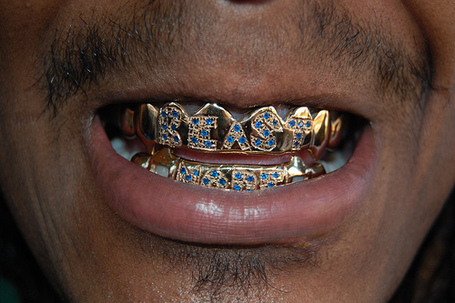 His backup, Fred Jackson, is a Coe product and has proven himself to be a capable (and most importantly, inexpensive) backup. Buffalo's backfield is set.

The Fins are another team that's probably set at tailback, but there might be room for Greene here. Maybe. Ronnie Brown is the man down there, a moderately successful (and improving) #3 overall pick. We really doubt he's going anywhere.

Behind him is Ricky Williams, who hasn't been too shabby since his return from outer space. Williams is as hard to figure out as ever; have his light last 5 years mitigated the punishment his legs took at Texas and in New Orleans? How much longer will he want to play football? Is he sure we can't score any dro off him? We got this party coming up, and... never mind.

So yeah, we could see a tailback drafted for them, but it'll likely be a younger guy they can pick up in the middle of the draft and sock away for a couple years, a la San Diego and Michael Turner. Greene's probably not their guy.

Here's where things get interesting. The NE backfield is a bit of a mess right now. Presumptive starter Laurence Maroney, he of Construda fame, appeared in all of three games last season before being put on the IR with a bad shoulder. But his problems may not have all been physical; his unceremonious shelving came amidst some really odd circumstances:

Though he may be hampered by his injury, there may be something else going on with Maroney. He spoke with reporters on Friday and said he’s dealing with "issues," though he would not specify what the issues are.

[...] Criticized in the media and by Patriots fans, Maroney said he’s not paying attention to the questions about his durability and inconsistent play.

Yeesh. The backups are the dessicated corpse of Lamont Jordan, the always-surprising Kevin Faulk, who's 32 and who has made a career of not being the starter but leading the team in rushing anyway since nobody else feels like it, and something called Benjarvus Green-Ellis, which is a medical condition that hindered my sex life for months in college. Greene would start over all of them by 2010, and Greene's style is quite reminiscent of "Clock Killin'" Corey Dillon, who was instrumental in the Patriots' title efforts in 2004. If a few teams pass on Greene at the top of the second round, he could fall into a decent situation with the Pats.

The Jets have Thomas Jones, who--like Greene--has much less mileage on his legs than his age (30) would indicate. Jones was fifth in the NFL in rushing with over 1300 yards in 2008, scored 15 TDs, and is a fine receiver out of the backfield. His contract status is reasonable; he's making about $5 milly a year, which is a bargain for his production, and he's under contract through the 2010 season.

The Jets' #2 is Leon Washington, who averaged nearly 6 yards a carry and scored 6 TDs on only 76 carries. Washington's also a decent receiver and a very productive kick returner. This is probably the third-most solid backfield situation in the NFL behind Carolina and Tennessee, and the only way I could see Greene going here is if the Jets have plans to unload Jones. Again, with that contract in place, I really don't see that happening. The Jets need a new QB and some top-level talent in the defensive backfield, not a third tailback.

Up Next: Will Greene go overseas to play basketball in Belgium instead????