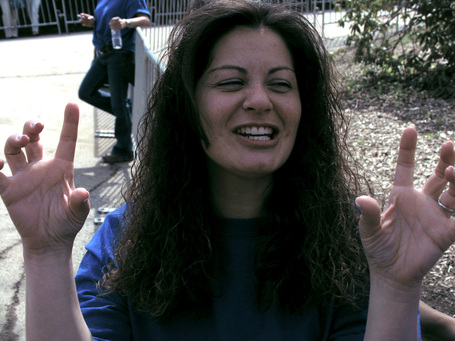 I've pretty much lost interest in this basketball season (if you were wondering, it was halftime of the second Indiana game), but even I can get up for this one. After two years of incessant bitching from the douchebags in Evanston, and I can safely say I fucking hate jNWU almost as much as I fucking hate Minnesota. Tonight (5:00, BTN), we get them in Carver-Hawkeye. This season has long since passed the point of no return, but the salvage operation begins here and now. A victory would almost certainly burst any NCAA pipe dream the Armani-clad douchebags still harbor. That would be enough to wash the taste of that Indiana game out of my mouth.

I'll probably have to leave at the half, but there should be a crowd. It's not like anyone is at the actual game, right? So join me, and fight the Battle of Who Could Care Less.