Share All sharing options for: Paul Johnson: A New Definition of Football Genius

The definition of genius has always been vague, controversial and for those who have dedicated their lives to understanding it, maddeningly impossible to explain.

Media mogul Elliot Carver, played beautifully by Jonathan Pryce in James Bond: Tomorrow Never Dies said, "The distance between insanity and genius is measured only by success" and therein lies the Paul Johnson mystery. Half madman and half football savant, Johnson is only tolerable to the football establishment because he wins. Otherwise he would be percevied as just another Mike Leach lurking out on the periphery. It only stands to reason that The Georgia Institute of Technology would hire him into the big time. A more well-rounded university would only see a strange outlier, but Georgia Tech strives to live at the inflection point of change--anticipating it and even driving it, but also embracing and serving it--they saw in Johnson a peer, a brother in arms, a perfectly normal bedfellow. A mere two years later the Yellow Jackets are in possession of a sublime concentrated transcendent level of football aptitude unrivaled in college or even professional football, and a mind like this is a dangerous thing. As of right now the NCAA does not have a football equivalent to the 10-run-rule, but after the Orange Bowl that may all change. A more lopsided and unjust match-up has probably never existed in the college post-season than Georgia Tech versus Iowa.

Paul Johnson has always been a human calculator, a beautiful mind, and upon reading his first coaching textbook he was intrigued. "I was at a friend's house when I was 10 or 11 years old," explains Johnson, "and his dad was a volunteer assistant football coach at the local junior high school. On their coffee table was this massive old Paul Brown coaching football book and I've been able to speed read since I was three or four, so I looked at it and 3 minute and 34 seconds later I was hooked." By his junior year in high school Johnson was able to solve football geometry at breakneck speed. Today Johnson's towering intellect is not merely in the realm of football, he plays several musical instruments and has written an opera, he speaks seven languages and is currently devising his own, and he recently built a small laboratory in his basement in suburban Atlanta. "I study butterflies and other Lepidopteras," says Johnson, "but only for fun. Sure, I'm as concerned as the next guy about the myths of the moth, I just don't have enough time to really dig in and make a difference there. Maybe after I quit coaching."

It was recently revealed that a team of Emory University scientists is studying Johnson in hopes of unlocking a host of unsolved secrets of the brain, if not the universe. What inspires them the most about Johnson is that he does not calculate football, there is nothing conscious about his "thinking," he merely taps into his mental imagery. "When I sit down to draw up a play I see colors and shapes in my mind. Eventually the shapes will obscure my ability to see anything in front of me and once I jot it all down they disappear." While he might transcribe plays from his mind, he doesn't publish them to his players, Johnson requires them to author their own. Armed with pencils and spiral notebooks players begin camp each August drawing up plays to reinforce positional responsibilities. Johnson also has them sketch out architectural diagrams of the football practice facility, animate at least one episode of The Simpsons, and write out several viable versions of well-known mathematical theorems. "I can't be the only person who knows lots of stuff around here," says Johnson. 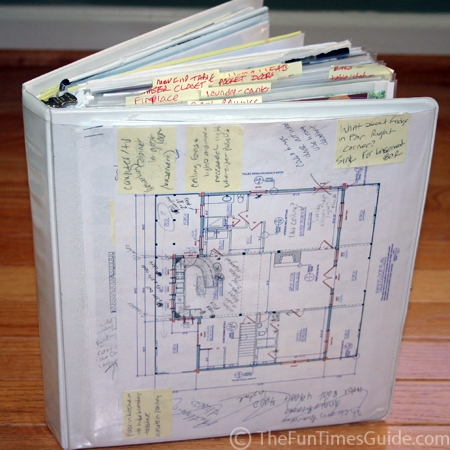 Whereas Paul Johnson is often called the Evil Genius, Kirk Ferentz is the Mayor of Simpleton. As an example:

It doesn't take a head coach to know that the team with the most points usually wins. But that's Ferentz, master of the obvious wrapped in a worn cliché. Ferentz and his staff are more than happy to give their players a playbook. "We run seven offensive plays I think, I have to double check that, and two defensive alignments. Knowing young people that's kind of a lot, so when we hand out the playbook we cross our fingers hoping they'll look it over and understand it. About half usually read it, and half of them usually understand it. So we've been lucky in that regard." As an example of Ferentz's keep it simple stupid philosophy, he often asks players to "repeat after me" during team meetings. "That repeat thing really helps," says quarterback Ricky Stanzi. Stanzi is one of two players on the team who writes his own notes in the margins of the playbook. "Although when I read back over my notes, I noticed I usually write exactly what coach has just said, which is already in the playbook, so that's kind of annoying."

If you want to annoy Paul Johnson ask him about the triple option. "We're are not a triple option offense or a wishbone offense or any of that. The triple option is just one play in our playbook and we run it at most two or three times a year--usually to just show people we aren't a triple option offense," says Johnson. Johnson has a name for his option-based offense, but outside of the Georgia Tech football complex no one uses it. It is a source of considerable angst for Johnson that he has not been able to get the press to catch on. "It's probably because of the Germans. In 1987 when I was the offensive coordinator at Hawaii some Volkswagen engineers were on vacation in Honolulu and we were playing Yale. These Volkswagen guys had received tickets to the game as part of some hotel raffle or package. Anyway, they all showed up and we ran hog wild on Yale and beat them, as you would expect, pretty soundly. I think we scored 60 or 70 points in that game and rushed for about 1000 yards. Well, after the game one of the engineers walks up to me and asks what we call our offense, I told him Fahrvergnügen and a year or so later they're running a damn TV ad using the name! Ruined the whole deal right there...people thought I was copying the Germans! A couple of local papers when I was at Georgia Southern rightly call it Fahrvergnügen, but they usually misspelled it. After a while I just gave up on trying to explain it to the press."

What makes his offense a Fahrvergnügen is the quarterback and great intelligence. "Yeah, that is the key position. It is in all offenses, even non-Fahrvergnügenian offenses." When Johnson is recruiting he always takes a laptop that has an electronic version of an IQ Test. If the recruit does not score in the top two percentile, he moves on. "When I arrived at Georgia Tech I gave the test to Josh (Nesbitt, Georgia Tech's current quarterback) and to my delight he got a perfect score, which surprised me because he only speaks two or three of languages and is a Computational Media major, which is kind of a--pardon my English vernacular--bullshit major."

Currently Georgia Tech is a four-point favorite over Iowa, but don't mention that to Johnson either. "I did a study of the logarithms they use to calculate those point spreads. What a crock. We're very likely to win this game by 32 or 33 points. It really depends on our kicker. He injured his big toe clipping his toenail the other day. I should know more by game time, but if you put a gun to my head I would say 33. Iowa has a great defense so I expect them to keep this thing close."