Share All sharing options for: The Sinclair Broadcasting Group Hates Hawkeyes, Iowans, You

Seriously, why would people in Eastern Iowa want to watch the Orange Bowl? Sinclair can't figure out why:

Sinclair Broadcasting Group, which owns KFXA-28 (the local Fox affiliate) and KGAN-2 (the local CBS affiliate), wants to be paid a higher fee for Mediacom to carry the two channels on its cable system.

Mediacom doesn’t want to pay. Their agreement expires on Dec. 31.

The big problem around Iowa City and for much of Eastern Iowa is that the Jan. 5, 2010, Orange Bowl between Iowa and Georgia Tech is on Fox. Additionally, the Feb. 7 Super Bowl is on CBS.

Yep. This isn't the first time this crap has happened; just three years ago, Sinclair pulled the exact same card on Mediacom, forcing the Iowa City/Cedar Rapids market to switch to the Quad Cities CBS feed instead.

Slight problem: that's no longer legal, thanks to legal wrangling by our friends at Sinclair. Now, KGAN basically has exclusive rights to broadcast syndicated CBS programming in Iowa City and Cedar Rapids. Why this makes any sense, we'll never know.

Also, if you're thinking, "no, I vaguely remember hating Sinclair with all my heart, but for entirely different reasons," yes, you're also correct. Back during the 2004 Presidential election, Sinclair planned to force its 60-odd stations to preempt their primetime programming to air what was essentially a hit piece on John Kerry about a week before Election Day... while just six months prior, refusing to air a Nightline special on the soldiers killed in Iraq and Afghanistan, calling the Nightline piece "motivated by a political agenda."

And look, we know that there's plenty of staunch Republicans who read BHGP. Welcome, Elephants, one and all. But we imagine they would agree that regardless of one's personal preference in politics, a cable conglomerate has absolutely no business trying to influence a national election, especially in such an overt manner.

Further, lest we interpret all of this as an isolated incident or Mediacom as a sole agent of opposition to Sinclair's retransmission practices, Wikipedia has a slew of other incidents from around the country.

So you get what we have here. Sinclair--one of the most manipulative, contentious station owners in the country--threatening to take two of Eastern Iowa's stations off the air immediately before two of the most high-profile live events, over what they call "a simple business negotiation" (translated: "we demand more money because we can, and screw your customers if they don't like it"), and there's nothing Mediacom can do to stop it without caving in, because there's legally no chance for competition. It's a real shame. If there were another station or firm allowed to come in and say "we can transmit the CBS feed with local news to you for 60% of what Sinclair wants," you best believe Sinclair's demand would go down in a hurry.

Yep, that'd be nice. But we'll sooner see this happen... 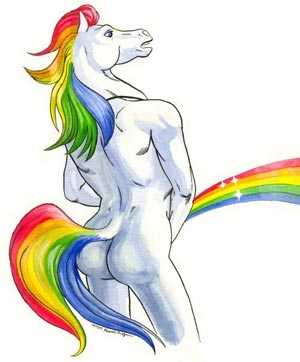