Donahue Has Just One Question

Share All sharing options for: Donahue Has Just One Question

According to the SI article, during a tv timeout after the 3rd quarter in the Indiana game, Ricky Stanzi was asked a simple question by a man who has made a career out of asking questions:

Donahue walked over to his quarterback, leaned down and said, "Ready for the greatest quarter of your life?"

Stanzi, who with four picks had just experienced the worst quarter of his life, looked up and replied, "Absolutely."

Now I don't know why Emmy-winning talk show host Phil Donahue was even at the game, much less on our sidelines, but I don't care.  All I know is that he brought out the best in our quarterback that day and thus we are indebted to him. 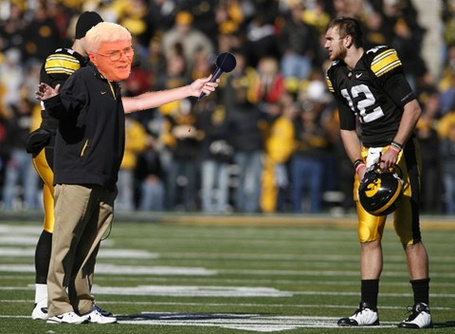