The Fall's Gonna Kill You

Share All sharing options for: The Fall's Gonna Kill You 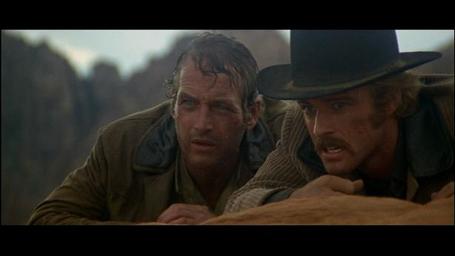 I woke up this morning thinking of an old episode of The West Wing and how it applied to Iowa fans.  This is not normal behavior, but this season has sapped me of all my former ability to focus on normal things.

The context of the episode is convoluted and generally immaterial, but a key section toward the end featured a discussion of ignoring big, important, Death Star near-term threats in order to focus on remote, unlikely, obscure long-term problems.  It included this quote:

"You guys are like Butch and Sundance, peering over the edge of the cliff to the boulder-filled rapids 300 feet below, thinking you'd better not jump because there's a chance you might drown.

"It's the fall that's going to kill you, stupid."

For two weeks now, on this website and elsewhere, there has been much discussion of Iowa's chances of a mythical national championship.  We've gamed out every scenario, from SECpocalypse to inexplicable losses by Texas to mid-major leapfrog.  We've analyzed the computer rankings for signs of weakness.  We've gnashed our teeth and run gravel through our hair at real and perceived slights from the national media.  We've spent countless hours of time and inches of virtual newsprint on this, all with a "there are still games left to play" disclaimer.

Essentially, we've been peering over the edge of the cliff to the rapids below, talking about nothing but the chance we might drown.  It's time we forget about the long-term BCS possibilities and talk about the plunge.

Just Northwestern is just Northwestern, to be sure, but that's not stopped the 'Cats from beating superior Iowa teams in the past.  Just look at 1999.  Or 2005.  Or that horrendous loss in 2006.  Or last year.  We haven't beaten Northwestern in Kinnick Stadium -- excuse me, Legendary Historic Kinnick Stadium -- since Brad Banks was under center.  Given that track record and our current struggles with lesser opposition, I'm not so inclined to chalk up a win and move on to the next week.

We close at home with Minnesota, Tourette's-addled and banged up, but now suddenly capable of posting 42 points on a Michigan State defense that allowed Iowa just 15, and fueled by the intoxicating mix of embarrassment and rage that comes from losing last season's final game -- the last game in their stadium -- by 55 points to a hated rival.  Given that Floyd of Rosedale is up for grabs, and that Minnesota will likely be playing for a bowl trip, this is certainly not a lock.

Sandwiched in between those, of course, is Ohio State; if you were hesitant to jump, Columbus is always willing to give you a nudge.  Forget for a moment that OSU derailed Iowa's last national championship run (1985) with a November 2 win in Columbus.  Forget that, if the Hawkeyes' last win in the Horseshoe were a person, it would now be old enough to vote.  Forget that Iowa has won twice in Columbus in the last 50 years.  Forget the sound, the fury, the sheer terror of Ohio Stadium as the cold November sun disappears and the grey sky turns black (not that Joe Tiller could) and focus on this fact:  Kirk Ferentz has never done this.  He has had better squads -- make no mistake because of their unblemished record; this is not yet Kirk's best team, and no circumstance short of a Rose Bowl victory will change that fact -- with a chance to reverse history against Ohio State, and they have fallen short.  Were it not for one blowout victory in Kinnick, as Drew Tate's windmilling arms signaled the zenith of the first incarnation of the Ferentz juggernaut and Tresselball reached its nadir-to-date, we would be discussing Tressel's hold over Ferentz in the same way we discuss Ferentz's ownership of Paterno.  We are coming to the completion of arguably the greatest decade of football in the history of the University of Iowa, and we're 1-4 against this opponent, this opponent who we now look past merely because their quarterback makes some bad choices, as if we had room to talk.

I'm committed to this team in ways that are bad for my physical, mental, and emotional health.  I watch every play, read every press clipping, write word after word after four-syllable word for 8 months of the year about this team, to the point where friends and family are no longer angry or disappointed by my negligent maintenance of relationships from August through December.  On Friday night, I helped a stranger change a tire on her minivan in the hopes that the positive karma would buy us a couple more wins.  I wake up thinking of old West Wing episodes and their tangential connection to Iowa football fans.  I'm as frustrated by the disrespecting masses as anyone else here.  But I'm here to tell you this:  At this point, we don't deserve the level of respect that some are demanding.  We've had our opportunities, against Northern Iowa and Arkansas State and Indiana, to put a stake through the heart of the "lucky" myth, and we have failed so many times that the myth has become fact.  No team has won its first nine with a total margin of victory under 100 since 1994 Alabama, and they were two years removed from a national championship and still got no respect.  We are what we are, just one of the second-tier undefeateds, waiting for the season-defining blowouts we got in 2002 and 2004 to confirm our legitimacy, perhaps waiting for something that will never come.