Share All sharing options for: The Great Debate, Part 2: Iowa vs. Penn State 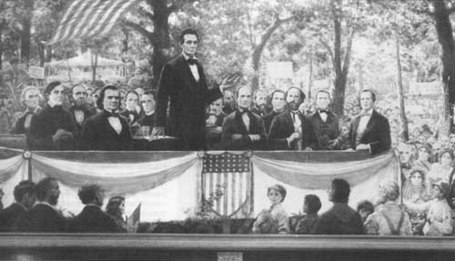 [Part One is over at Black Shoe Diaries]

KevinHD@BSD:  Northwestern actually had a better record than Iowa at selection time, although not after Iowa put the "1" in the Big Ten's 1-6.

And I can't argue with your Arizona real estate knowledge, I think I've been west of the Mississippi like once in the last 15 years.   I assumed in the last exchange that Penn State wins the battle de coin, but in reality I have no data whatsoever to back that up.

As for "Rose Bowl or Bust," that's most certainly not the spirit in Pennsylvania.  I happen to be born and raised in Big Ten country, but even I can't claim to have an eye-twinkling for The Granddaddy.  It just seems kinda....past its prime?

I mean they spent all that time telling us the BCS won't ruin tradition by keeping the Rose Bowl in tact, except Ohio State hasn't even been there since 1997 despite winning the league several times, Penn State wins the conference for the first time in a while in 2005 and is delegated to the Orange Bowl, USC players were openly saying they didn't even want to play in the game last year, and now the BCS will force the Rose Bowl to take a mid-major at some point in the next cycle.

Long rant short: what is the Rose Bowl now, anyway?  This compromised version is the one most Penn State fans identify with, and unlike every other school in the league, we don't have any program defining moments there.  Roses are just more fun to hold in your teeth than oranges.

But you have a better point: Is a BCS game even worth it if it means playing Boise State?  What about Cincinnati and Georgia Tech?  Am I hating too much on mid-majors and recent risers?  Do either of us even want this BCS bid or just the matchups that come with it?  What if the matchup is less fun than the Citrus Bowl and on week night?  How are you possible going to answer all of these questions?

HS@BHGP:  In my office, I have a picture from the 1981 Rose Bowl, Iowa's first in 22 years.  I got it as a graduation present, and it's a limited-run proof.  I later priced it, and it's not cheap.  What I'm saying is, there's a market for expensive photos from a football game that happened 28 years ago, mostly because it's the Rose Bowl.  I was at an Iowa basketball game when they announced we were going to the Orange Bowl in 2002, and there were more boos than cheers in the crowd because it wasn't Pasadena.  So, yeah, while it might not seem like a big deal to some, it's a big deal to Iowa fans.  It's old, it's stodgy, it's lost some of its luster in the BCS era (just as they all have; the Orange Bowl might as well change its name to that of a local tire superstore), but it's still The Grandaddy of 'em All, and it's the only game that can possibly pique my interest in bowl selection.

I'm completely with you on the rest of your 47 questions.  My preferences are as follows (bowl names removed, as they truly don't matter): A January 1 game against Ole Miss in Orlando, a January 5 game against Cincinnati in Miami, then a January 4 game against Boise State in Glendale.  Iowa-Georgia Tech is a death scenario for us (you can run the ball on this defense; just ask Ohio State), but would at least be fun to watch.  The other two potential newcomers (Boise and Cinci) are no-win scenarios.  Remember, despite numerous previous debacles, "Big Game" wasn't officially dropped from Bob Stoops' moniker until he lost to Boise.  Ohio State (and a beaten-up Pac-10) gives the conference a legitimate chance at winning the Rose Bowl, but beating one of the others in a bowl game gets us nowhere, and a loss to Boise/Cinci/TCU (especially combined with an OSU loss) would be death once again.  In other words, I want Ole Miss (which, in the interest of full disclosure, is my favorite team in the SEC, Klan rallies notwithstanding).

I guess we've probably said enough.  Where does Penn State end up playing, and against which team?

KevinHD@BSD:  A game against Georgia Tech in the Orange is probably my #1 seed --I think that offense and our linebackers would be tremendous football -- and after that I'll take your list with the understanding that I don't actually care about any of those teams.

As for my faithless prediction: Penn State and this guy: 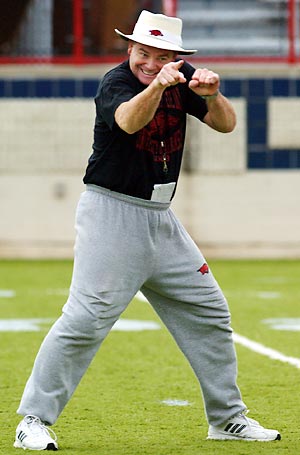 January 1st, Orlando, in the Bowl Formally Known As The Citrus.   There is a logic that goes something like this: if Oklahoma State stays eligible, the Fiesta will pick them instead of a Big Ten team, and the Orange Bowl will pick up Penn State.

I don't buy it.  Already saddled with a mid-major, it seems way to risky to pick an at-large that doesn't even sell out their home games.  A Big Ten team will make more money, and both teams probably have a better football case for it, anyway.

I'll blindly believe your story about the elderly of Arizona, call the finances a wash, and give the pick to Iowa on account of the head-to-head.

HS@BHGP:  You're not supposed to take my position, Hi-Def.  I've been telling everyone we're destined for Orlando (and getting threatened with knuckle sandwiches whenever I do) (and, yes, I'm a fourth grader in 1989).  Despite the fact that they're 7-point underdogs this weekend, Oklahoma State is going to beat OU and look good to the Fiesta Bowl.  Penn State's national prestige and pull with the TV audience is too much.  Boise State is undefeated and a great TV story.  We're fourth in the pecking order, and that's not nearly enough to garner a spot in this year's BCS.  Citrus Bowl (I spent a few minutes Saturday talking to a Cap One bowl rep, and they hate it when you call it by its proper name) is the final destination for the Hawkeyes.  Good luck with those Broncos.